US
Wolfenstein: Youngblood - Nazi images shown in first for Germany

For the first time since a long-time ban was overturned last year, a game featuring Nazi symbols and characters is about to come out in Germany.

Wolfenstein: Youngblood will be released on 26 July.

But thanks to rules being relaxed last year, German gamers will now get to play the uncensored international version when it`s released next month.

The Wolfenstein games are set in an alternative reality where Germany wins the Second World War. 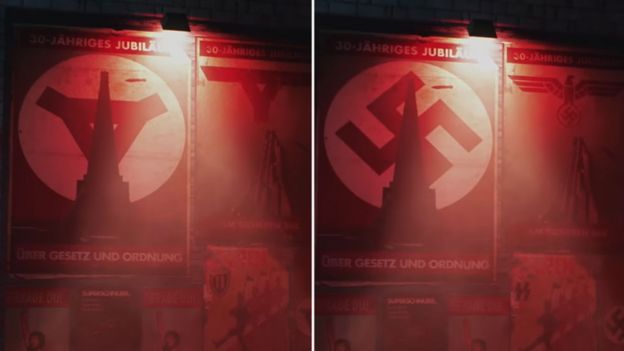 The latest game is set in the year 1980, and features twins searching Paris for their missing father.

Two different versions of the game will be released in Germany: an international one which will feature the swastika and a German one which won`t.

In an online FAQ, the makers of the game confirmed that edition will be "fully sanitized."

They`d developed two different versions because they weren`t sure the ban would end in time for the scheduled release date.

German law considers symbols like the swastika and gestures such as the Nazi salute "symbols of anti-constitutional organisations." 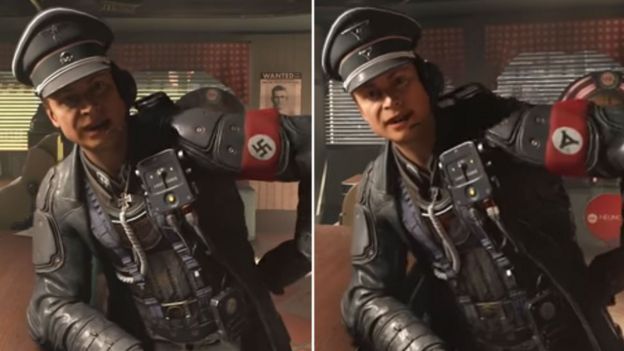 Displaying them publicly is illegal.

However, there are exceptions where the symbols are used in education, for instance, or for artistic purposes.

So the Amazon series The Man in the High Castle, which similarly focuses on an alternate history of World War II, was shown in Germany thanks to that loophole.

A previous title in the Wolfenstein series, The New Colossus, featured Adolf Hitler as a character.

But in the German release, his title had been changed from "Führer" to "chancellor" and, most notably, his trademark moustache had disappeared. 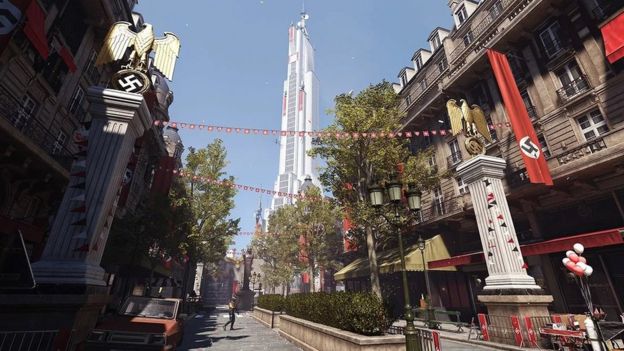 The ban on extremist symbols is still in place, but rating body USK said the rules will now be applied to video games in the same way they are used for films. On a case-by-case basis, a game could get past the rating procedure if an artistic or dramatic use is justified.

It does mean that any further games in the Wolfenstein series may not necessarily follow suit.

WATCH: What if We Nuke a City