The crust of floating ice that forms over Antarctica`s Weddell Sea every winter is home to a baffling mystery. Every now and again, a huge hole will appear, exposing the dark, icy waters below.

Why do the holes appear in some years and not others? Why do they appear at all? It`s never really been clear - but now, through a combination of floating robots, satellite imagery, and seals wearing little hats, scientists are beginning to figure it out.

These holes are called polynyas, and they`re fairly well known and common. Polynyas are actually pretty useful for Antarctic animals, such as seals, whales, and penguins, which swim around under the sea ice and need to come to the surface to breathe and rest.

But the Weddell Sea polynya is peculiar. It was first discovered in early satellite images in 1974 near an underwater mountain called Maud Rise, and it was enormous, about the size of New Zealand. 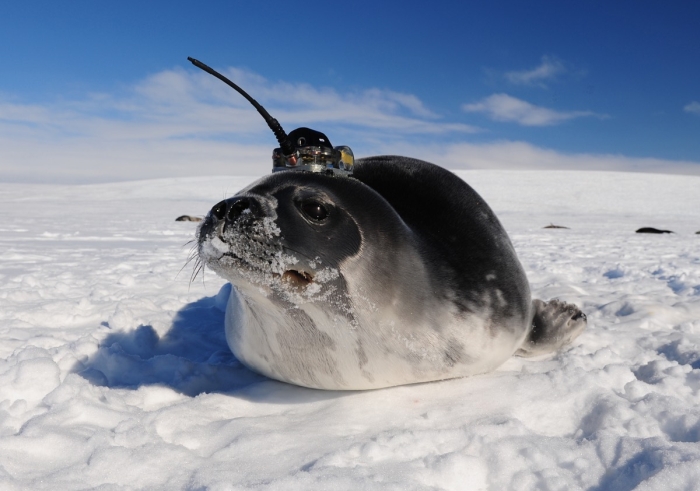 Then it reappeared in 1975 and 1976, even though air temperatures in the region were well below freezing. After 1976, however, it seemed to all but disappear.

"We thought this large hole in the sea ice ... was something that was rare, maybe a process that had gone extinct," said oceanographer Ethan Campbell of the University of Washington.

But in 2016, it reappeared, slightly smaller - about the size of Maine - yet unmistakable. Then it showed up again in 2017. And a study earlier this year linked the 2017 polynya to cyclone activity; however, as with many global phenomena, it may not be as simple as one single cause.

"This study shows that this polynya is actually caused by a number of factors that all have to line up for it to happen," said oceanographer Stephen Riser of the University of Washington. "In any given year you could have several of these things happen, but unless you get them all, then you don`t get a polynya."

Our technology is significantly better than it was in the 1970s, and the Antarctic has been an area of interest for some time, due both to the effects climate breakdown will have on the region, and how it might impact the rest of the world. 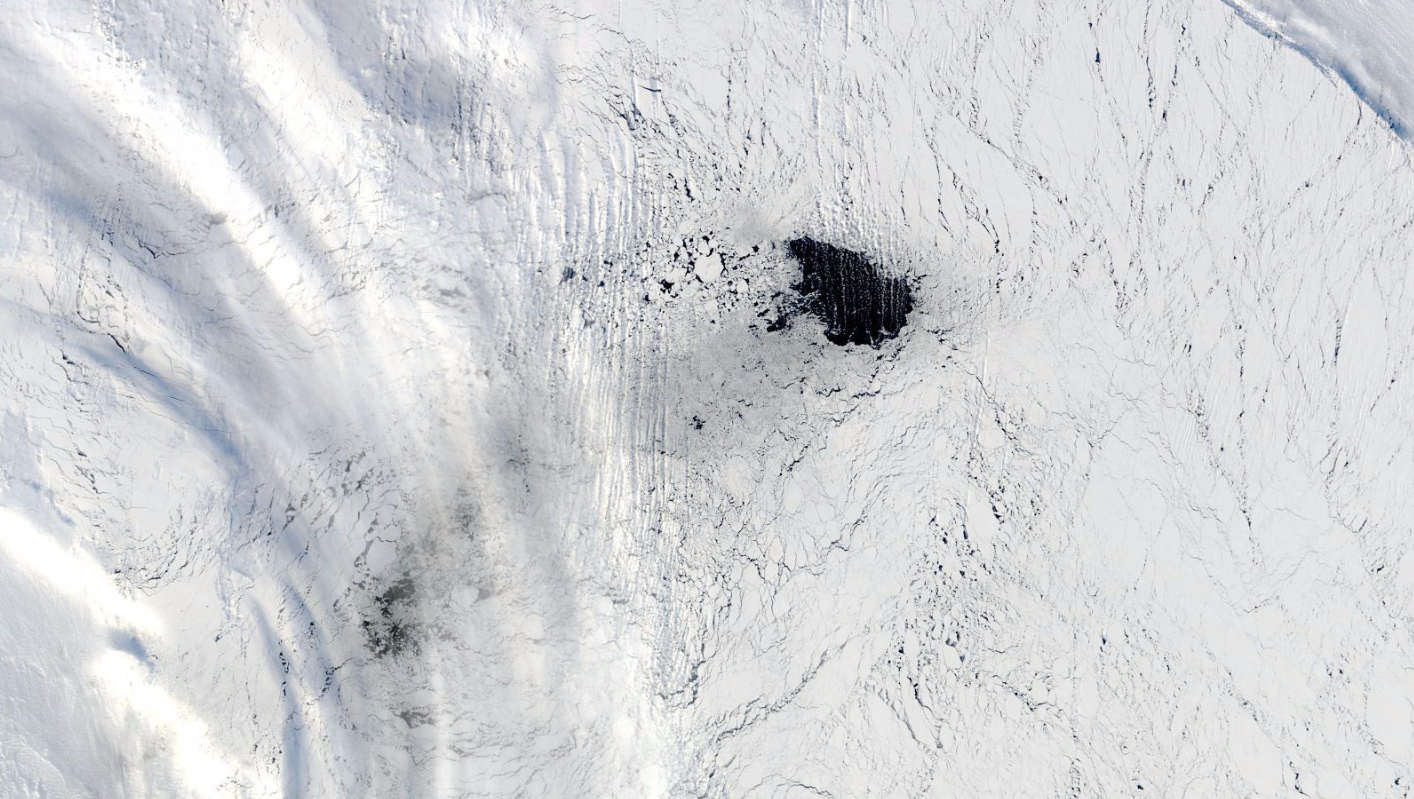 This means the team had a number of datastreams available, including satellite data going back decades.

There was also data from the Southern Ocean Carbon and Climate Observations and Modeling (SOCCOM), a system of floating instruments that drift in the Southern ocean monitoring temperature, salinity, and current to a depth of 2,000 metres. This was started in 2014, so there`s a few years of data there.

And, for over a decade, scientists have been equipping Antarctic elephant seals with Argos Systems instruments that include a GPS, and sensors for temperature and salinity. That provided a third datastream.

Combined, these allowed the team to put together a picture of what causes the mysterious holes. "The recent polynyas opened from a combination of factors - one being the unusual ocean conditions, and the other being a series of very intense storms that swirled over the Weddell Sea with almost hurricane-force winds," Campbell said.

The team found that, when strong ocean winds blow closer to the coast of Antarctica, they increase upward mixing in the Weddell Sea, near Maud Rise. Maud Rise itself then forces dense seawater around it, resulting in a vortex above. Two of the floating instruments were caught in this vortex for years.

When the sea is particularly salty, as it was in 2016, winter storms can trigger a circulation feedback loop, where warmer water from below rises to the surface, and gets chilled by contact with the air. This makes the water denser, so it falls back down, to be replaced by more warm water which then gets chilled and sinks back down, and so on. 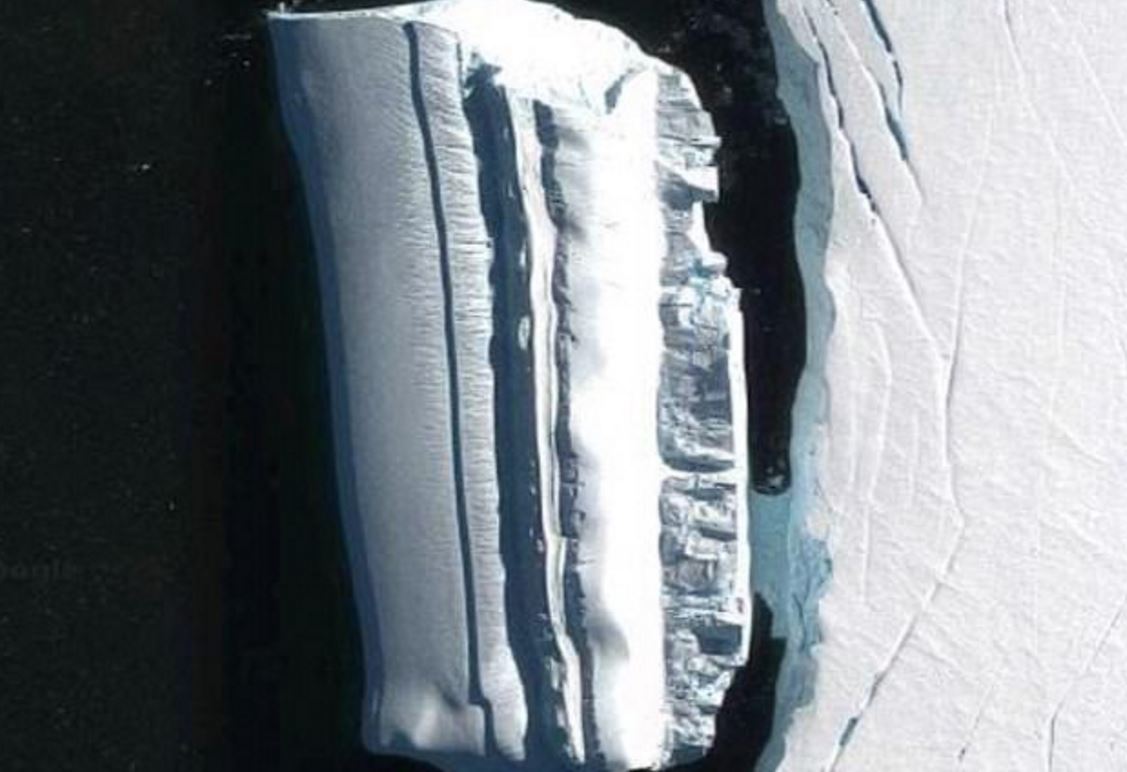 In turn, all this cycling prevents sea ice from forming.

And this could have further climate implications, the researchers said. That`s because there`s a bunch of carbon sitting at the bottom of the Antarctic ocean.

Normally, this is gradually circulated throughout the world`s oceans, but if winter winds grow stronger and more frequent, as they are predicted to do as a result of climate breakdown, this could result in more polynyas, circulating more bottom water to the surface.

"This deep reservoir of carbon has been locked away for hundreds of years, and in a polynya it might get ventilated at the surface through this really violent mixing," Campbell said.

"A large carbon outgassing event could really whack the climate system if it happened multiple years in a row."

I Retired Rich At Age 27.And This Is How I Did It

When It Comes to Dog vs Cat Brains, Science Might Have...

We`re Starting to Figure Out Why There Are Mysterious...
Latest Videos