Pumpkins are, first and foremost, a food. Right? Well, in the UK and the US, the vast majority of pumpkins actually end up in landfill - right after October 31.

Of the nearly 2 billion pounds of pumpkin grown in the United States in 2014, an estimated 1.3 billion pounds were simply trashed instead of eaten or composted, according to the US Department of Energy. It seems that jack-o-lanterns comprise their own special group of Halloween food waste.

Beyond the sheer wastefulness of it, the agency warns that, once they`ve decomposed, these edible crops release methane, which is a potent greenhouse gas that contributes to climate change.

In the grand scheme of things, the fumes from rotting squashes make up a tiny fraction of all human emissions, but it`s worth considering - especially given that these pumpkins require a lot of energy and water to grow, and then don`t even get eaten. 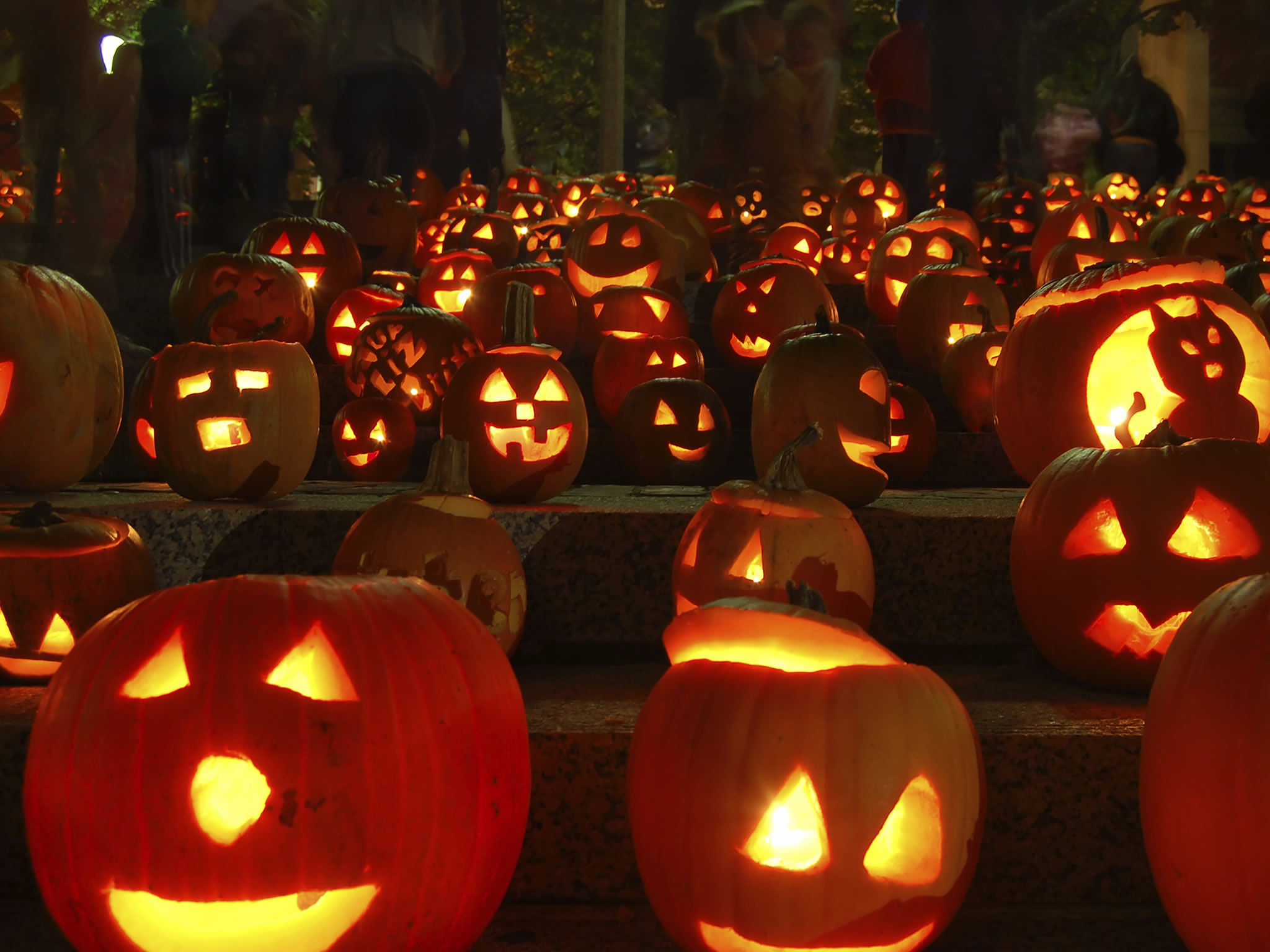 Last year, a study found that the United Kingdom alone bins eight million pumpkins after Halloween, which is enough to make pie for the entire nation. Unlike Americans, however, Brits don`t really have a tradition of cooking with the innards of their Halloween decor.

Only a third of Halloween pumpkin buyers in the UK bothered to cook any of it, according to the annual #PumpkinRescue campaign.

In fact, slightly more than half the pumpkin buyers failed to eat or compost the food they pulled out of the jack-o-lantern shell, even though another study by the environmental charity Hubbub found most consumers would be interested in recipes for the leftovers.

This Halloween, The Guardian reports that Brits are on track to throw out a record number of pumpkins, having apparently learned nothing in the past year.

"It`s all too easy for people to forget that Halloween pumpkins are still food," Tessa Tricks, the head of food programmes at Hubbub, told the newspaper.

"When they are only used for carving this contributes to the £15 [billion] of food waste in UK homes every year."

To reduce waste this Halloween, it`s not as if we have to give up our traditions either. There are easy ways to reduce the impact of your jack-o-lantern without losing any of the fun.

Using a yummier type of pumpkin than the traditional Halloween gourd, for instance, makes cooking with leftovers much nicer, and it`s super-easy to cook a delicious salad, soup, or even a classic pie.

Additionally, you can make sure to compost the rest of the vegetable so the biomass can be recycled for nutrients, instead of travelling straight to landfill.

The world is living in an unprecedented time and compromises will need to be made. The Halloween pumpkin is just one small area of waste, but it`s just another example of how easy changes in our lives can add up to a bigger difference. The Bloodhound LSR Is Halfway to Its 1,000-MPH Dream!

Amazon’s fight with Trump is about much more than...