The iPhone launch is the most important date in Apple’s calendar. At least it would be, in a normal year. In 2019, it’s 15 December that matters most for America’s richest company.

That’s when Donald Trump has threatened to impose a sweeping new round of trade tariffs against imports from China. According to analysis by Reuters, it would mean 92% of hardware sold by Apple would face levies.

Apple is of course desperate to not let this happen, and has been lobbying hard to be granted exemptions. That effort has been somewhat successful, and it is the reason why the company has been relatively unscathed until now: only this month did tariffs have an impact on “major” Apple products, the Apple Watch and AirPods. 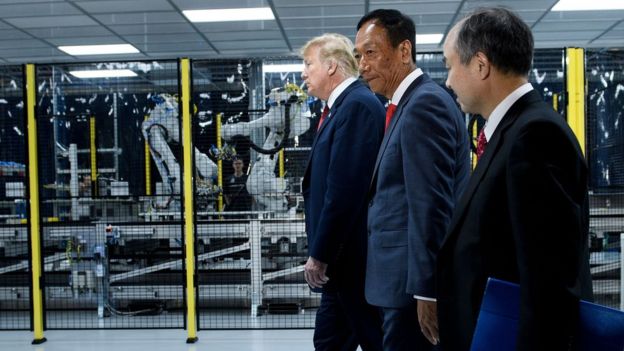 Those products are important, but not the golden goose - wearable devices make up less than 9% of Apple’s total sales. The iPhone, however, represents 55.6% of Apple’s business. While the importance of the iPhone has been declining due to a drop in smartphone sales (in general) around the world, it’s still by far the most important device Apple makes.

Two years ago Apple made a bold (and ridiculed, at first) decision to fatten its goose. It increased the price of the iPhone, breaking the $1,000 barrier for the first time. Consumers went for it, and Apple was able to offset declining sales of the device by instead making considerably more on each one.

And that’s what the tariffs put at risk - those healthy profit margins. If the tariffs are indeed imposed in December, it could mean several outcomes - none of which Apple will be particularly keen on, explained Alberto Cavallo, an associate professor at Harvard Business School. 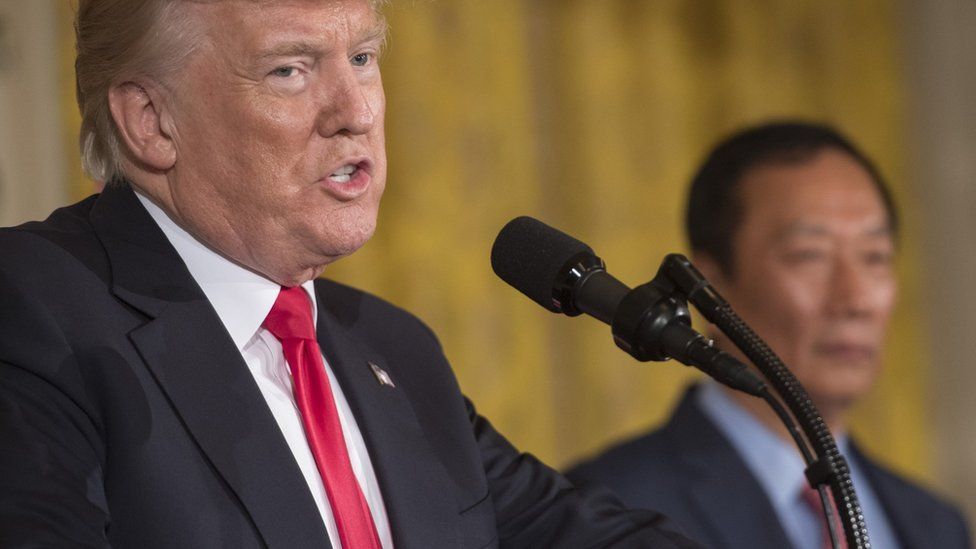 “Most people assume that we will see the tariffs reflected in consumer prices,” he said.

“That’s not necessarily the case. Companies facing higher costs can choose to absorb those costs.”

And that’s what most financial analysts expect Apple to do, keeping this year’s crop of iPhones set at the same prices as last year ($749, $999 and $1,099). Should the tariffs arrived as threatened, Apple will just have to suck it up.

Then it becomes a waiting game: how long will this trade war and its tariffs last? Could the tariffs get worse?

Apple, it was reported earlier this year, is investigating ways it can move production out of China, avoiding the tariffs altogether. It already makes devices in places such as India and Brazil, but that’s typically to handle local demand in those countries - not making devices to send overseas. Ramping up these operations will take a long time, Prof Cavallo said.

“I think it’s important for consumers to understand it’s not an automatic thing. It’s not exactly like flicking a switch.”

President Trump would tell you the way to handle this would be to move manufacturing back to the USA - “America First”, and all that. But the costs of doing that could dwarf the impact of the tariffs in the first place. It’s not just a case of building a factory, but training a brand new workforce of talented fingers, fingers that will require higher wages and better conditions.

The manufacturing of Apple products directly and indirectly accounts for around 3 million jobs in China. For that reason, Prof Cavallo said, one other possible scenario might be that Apple’s suppliers might offer a discount at their end in order to keep hold of that business.

Apple will also continue to develop the side of its business that won’t be affected by import tariffs. That’s basically anything that’s not hardware, referred to by Apple as its Services Division. Services will be a big focus for Apple on Tuesday and beyond - the most significant move being the launch of its on-demand TV service, Apple TV+.

“We believe $10 per month will be the initial launch service fee offered to Apple customers,” said Dan Ives, a financial analyst, adding that Apple would probably offer bundle deals for TV and other services, such as Music.

“If Apple executes with minimal speed bumps and aggressively acquires content given the company’s massive installed base and unmatched brand loyalty we believe reaching the 100 million subscriber number in the medium term (three to five years) is a realistic goal that could translate into a $7 billion to $10 billion annual revenue stream over time for Apple.”

Yet, as if to underline the fragility of Big Tech right now, even this seemingly more straightforward side of Apple’s business faces uncertainty, as regulators and the US and EU intensify their investigations into alleged anti-competitive behaviour. The specific accusation against Apple is that it uses its dominance in hardware to push its own apps and services over that of its competitors. For example, ranking Apple Music higher on the App Store than rival streaming service Spotify. Any changes to what Apple is able to do with and on its own devices could make its Services division less valuable.

And so, for the company that craves control, the immediate future could be an uncomfortable period. And if it lasts too long, a transformative one.

Or, and this is a scenario that can never be discounted, President Trump could suddenly change his mind and we can just forget all this ever happened.

Man beats AI drone in first race of its kind