US
TikTok hits back over China influence claims

TikTok has hit back against claims of Chinese government interference over content shown on the video-sharing app.

The popular platform, owned by Beijing-based Bytedance, said it "does not remove content" based on Chinese sensitivities.

It follows concerns raised by US lawmakers over whether Beijing censors content on the app and data collection.

The scrutiny is part of a wider dispute over perceived national security risks posed by Chinese tech.

"Let us be very clear: TikTok does not remove content based on sensitivities related to China. We have never been asked by the Chinese government to remove any content and we would not do so if asked," the company said in a statement.

"We are not influenced by any foreign government, including the Chinese government; TikTok does not operate in China, nor do we have any intention of doing so in the future," it said.

The firm operates a similar but separate version of the app in China, known as Douyin.

TikTok said all US user data is stored in the United States, with a backup in Singapore.

"Our data centres are located entirely outside of China, and none of our data is subject to Chinese law."

The fast-growing social media app has about 500 million regular users, though TikTok doesn`t disclose its user base. It`s estimated to have been downloaded more than a billion times on app stores.

The platform - known for clips of teenagers lip-syncing and dancing to music - lets people post and share 15-second videos. 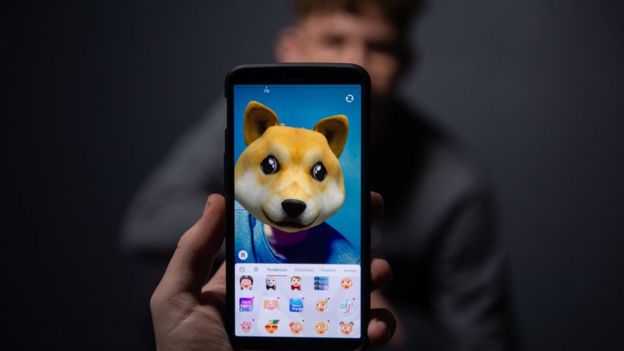 The pushback by TikTok comes after US senators Tom Cotton and Chuck Schumer requested intelligence officials assess the national security risks posed by the company, and other Chinese content platforms.

The senators said their request was issued "amid growing concern about national security and cybersecurity risks posed by TikTok".

"With over 110 million downloads in the US alone, TikTok is a potential counterintelligence threat we cannot ignore," they said.

Facebook boss Mark Zuckerberg, whose firm competes with TikTok particular in the youth market, has also recently attacked the platform over censorship concerns.

Another US senator, Marco Rubio, previously asked a US national security panel to review Bytedance`s acquisition of Musical.ly.

Mr Rubio noted concerns over how the app is censoring content critical of the Chinese government.

It comes on the heels of heightened US scrutiny of another Chinese tech giant, Huawei.

Over the past year Washington has moved to block the firm, the world`s largest maker of telecoms equipment, on national security concerns.

Huawei has repeatedly denied claims the use of its products present security risks, and says it is independent from the Chinese government.