The plot has thickened on a huge discovery from earlier this year that appeared to prove the existence of seemingly `impossible` long-lived galaxies - ones without any dark matter.

According to new distance calculations, the galaxy in question is much closer than initial measurements suggested. This changes both the mass of the galaxy as a whole, and the proportion of that mass that could be normal matter.

Based on this new measurement, it actually looks like a pretty ordinary galaxy.

It`s called NGC 1052-DF4 (or DF4 for short), and when it was discovered by Yale astronomers, it seemed to support a previous finding: the galaxy NGC 1052-DF2 (or DF2), whose mass and dynamics suggested that it had no dark matter at all.

But just last month, a different team of astronomers dropped a bombshell: they`d recalculated the distance to DF2 and found that it wasn`t 64 million light-years (around 20 megaparsecs) away, as previously found; rather, it was just 42 million light-years (13 Mpc) from Earth.

Now astrophysicists Ignacio Trujillo and Matteo Monelli from the Instituto de Astrofísica de Canarias have applied their techniques to DF4, and returned a similar result, currently available on the pre-print website arXiv. 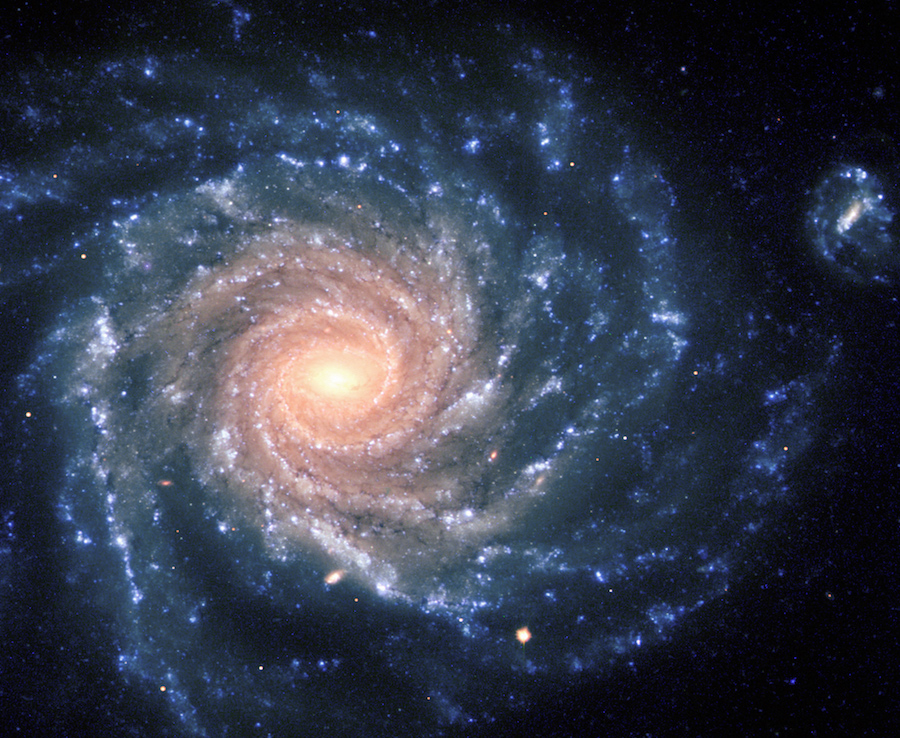 Trujillo told us that the initial discovery of DF2 piqued his interest. It wasn`t just the supposed lack of dark matter that intrigued him, but the globular clusters. These are large clusters of stars that orbit galactic centres, and they`re seen in all kinds of galaxies.

"All the galaxies that we are aware of, so our galaxy, the Andromeda galaxy, dwarf galaxies, and so forth, have a population of globular clusters that are more or less the same," Trujillo told ScienceAlert.

But DF2`s globular clusters were incredibly large, and incredibly bright. "So bright," he added, "that they basically have no counterpart in all the rest of the galaxies known." 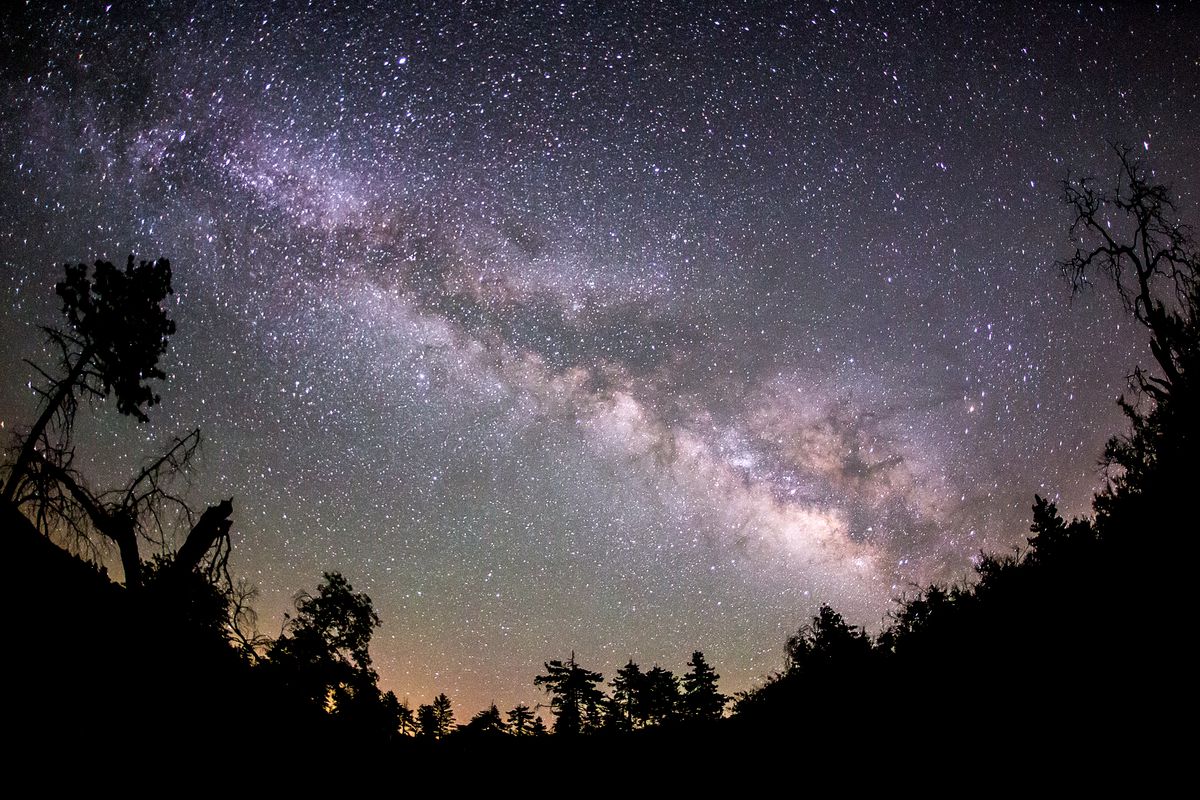 The next step was to measure the distance. Using five different measurement methods, this figure also turned out to be... 13 Mpc.

"Then they reported another even more extreme," Trujillo said. "It caught my attention that it was exactly on the same field of view. So I say, oh, maybe they are doing exactly the same mistake."

So, Trujillo`s team went through the process again. And, once again, they got a closer distance.

The problem, Trujillo believes, is that both galaxies are small, but the distance measurement calibration that the Yale team used was based on very massive galaxies, and poorly suited to DF2 and DF4.

In addition, Trujillo`s team found that, in that particular field of view, there are two groups of galaxies.

One of them is at a distance of around 20 Mpc. This is the group that DF2 and DF4 were originally thought to belong to. The other, however, is closer. It`s at 13.5 Mpc. So it`s possible that the two galaxies were associated with the wrong group.

What this closer distance would mean is that the two galaxies would have less mass, and the proportion of normal matter within - stuff we can see, such as stars and gas - is smaller.

With most galaxies, objects such as globular clusters orbit faster than they should based on the mass we can directly detect. Some undetectable mass is generating more gravity than we can account for with normal matter. This undetectable mass is what we call dark matter. 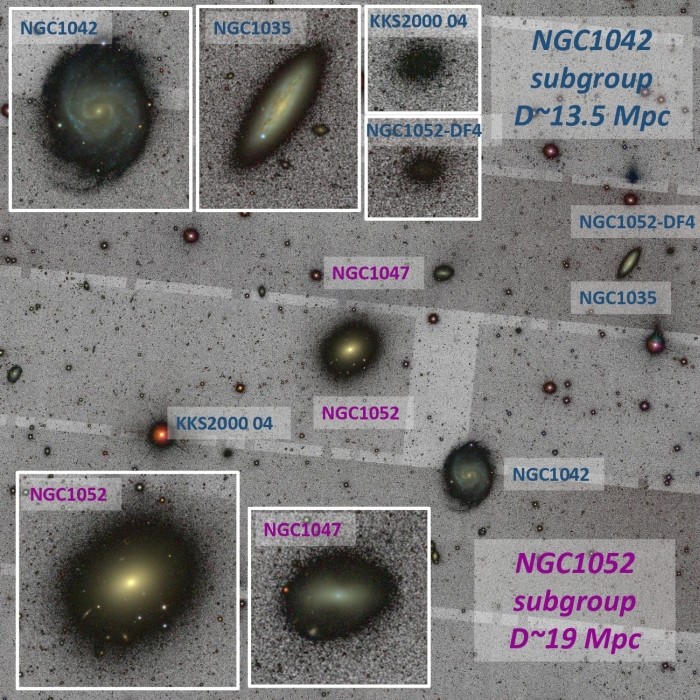 At a farther distance, the luminosity of the galaxies implied there was enough normal matter mass to produce those orbits. Actually, Trujillo noted, with DF4 it was even more strange: it went too far the other way.

"The galaxy is so exotic, that even with the stars alone, they are unable to explain the dynamics," he said.

"It`s so artificially low, the dynamics are so low, the velocities, that it has to be even larger with the stars that they claim they have. So somehow to explain what they have, they would need some kind of anti-gravity, something extremely, extremely weird."

But the fact that galaxy is simply closer to us ends up resolving the weirdness.

Cosmologists think that galaxies start their lives as a blob of dark matter, so long-lived galaxies that have none of the stuff would require a new model of galaxy formation. These new measurements resolve this problem, too.

So, of the two options - one of which is a pair of extremely weird galaxies that break physics and cosmology, and the other is human error - the likelihood is probably not weirdness. Although it`s not entirely resolved yet.

In a few months, much deeper Hubble Space Telescope data will be available, allowing both teams to review their findings once more.

And, although Trujillo believes that the distance measurements made by the Yale team are incorrect because the calibration was wrong, he also believes there is the possibility for some weirdness.

"I would really love that in the end, the galaxies are really weird," Trujillo said. "Because that would imply that there`s something new and something to learn."

The paper has been accepted into The Astrophysical Journal Letters, and is available on arXiv.

Apple Pay speeds up payments on the Tube