US
Tesla delivers its first `Made in China` cars

Tesla has delivered its first cars made in China, marking a major milestone for the electric vehicle maker.

Fifteen Model 3 sedans were handed over at the company`s so-called "Gigafactory" near Shanghai.

It comes as Elon Musk`s company aims to secure a significant slice of the world`s biggest car market.

Tesla`s move into the country comes as the trade war has forced other American companies to shift production out of China.

During a ceremony at the company`s multi-billion dollar plant in Shanghai, 15 of its employees received cars they had purchased. 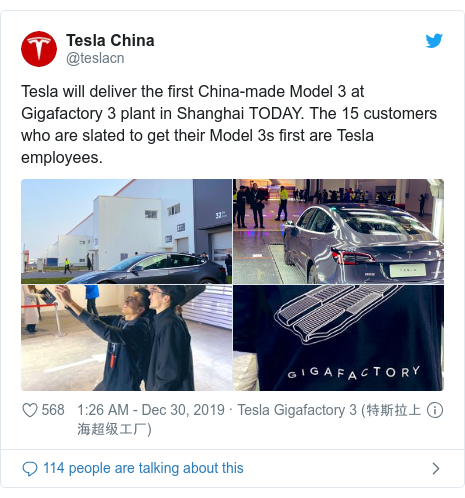 The event means deliveries of cars have started a little over a year after construction of the factory got underway.

California-based Tesla said that it wanted to start handing over vehicles before the Lunar New Year beginning on 25 January, and now plans to scale up deliveries from the start of 2020.

The Chinese-made Model 3, priced at $50,000 (£38,000) before subsidies, will compete with local electric car makers, including NIO and Xpeng Motors, as well as global brands such as BMW and Mercedes-Benz. 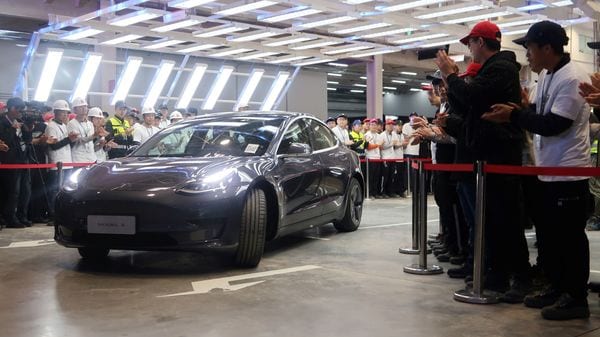 US technology giants Apple, Google, HP, and Dell have all reportedly started the process of moving production from China to other Asian countries.

That`s as US tariffs on Chinese-made goods make them more expensive when they are imported into America, or companies have to absorb the cost themselves.

It also comes after intense pressure from US President Donald Trump for American companies to bring back manufacturing to the US. In August Mr Trump issued a demand for all US firms to move production out of China. 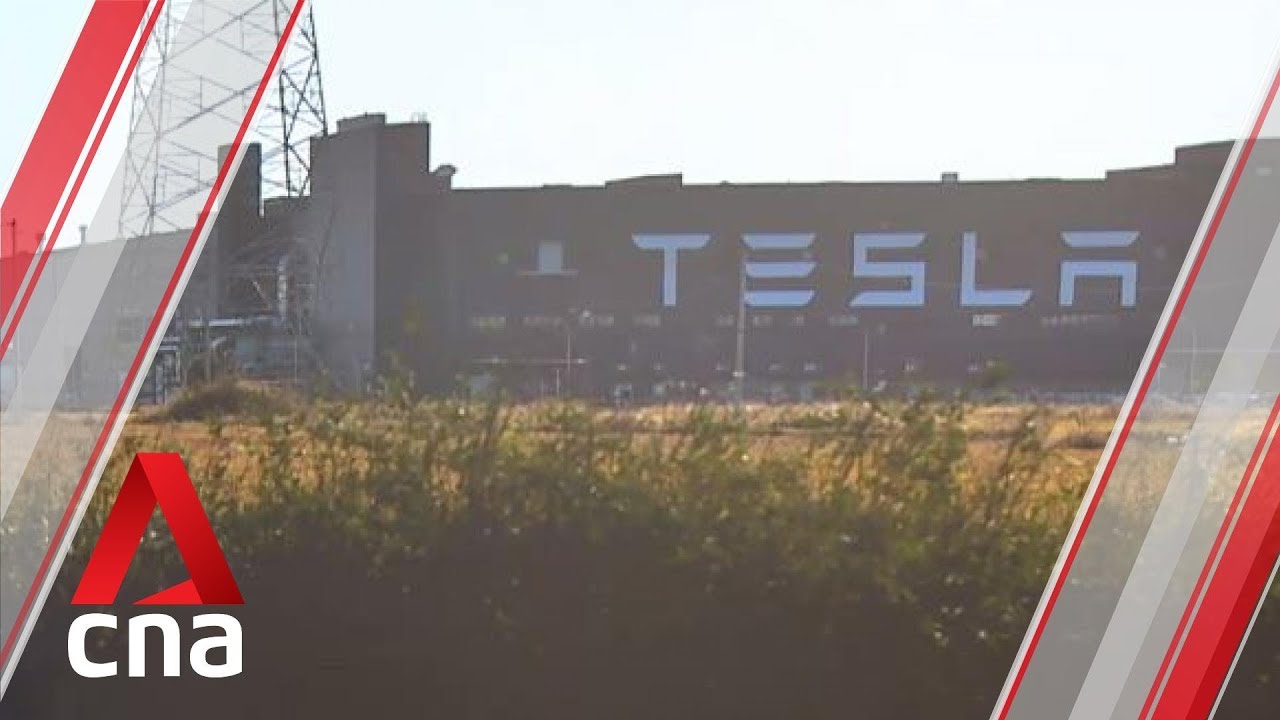 However, Tesla doesn`t plan to export the cars it makes in China to the US, where they would be hit with tariffs. Instead it wants to sell the cars in China itself.

Previously Tesla was exporting all of the cars it sold in China from the US, which meant they were hit with tariffs in China.

The company isn`t just expanding its manufacturing into China. In November, it revealed plans to build a huge European production facility on the outskirts of Berlin in Germany. 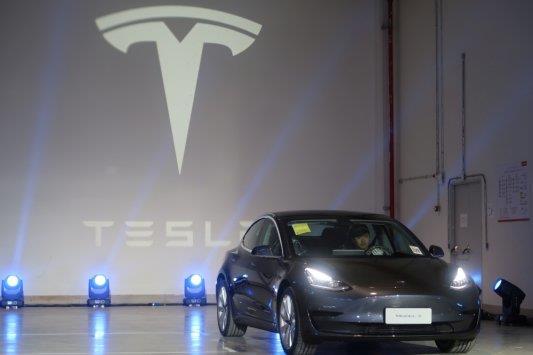