US
Social media awash with scorn for `sloping toilet`

A toilet designed to slope downwards slightly, making it uncomfortable to sit on for more than a few minutes, has been pooh-poohed on social media.

The toilet design has an upper surface that slopes downwards at a 13-degree angle.

The concept - for which a patent application has been filed in the UK - is intended to have medical benefits, according to its designer, Mahabir Gill.

The BBC spoke to Mr Gill about the toilet, which has been branded "StandardToilet".

"It came from my personal experience where I stopped off at the motorway to go to the loo and realised there`s a huge queue," he explained.

"I wondered what people were doing in there, some were coming out with their mobile phones." 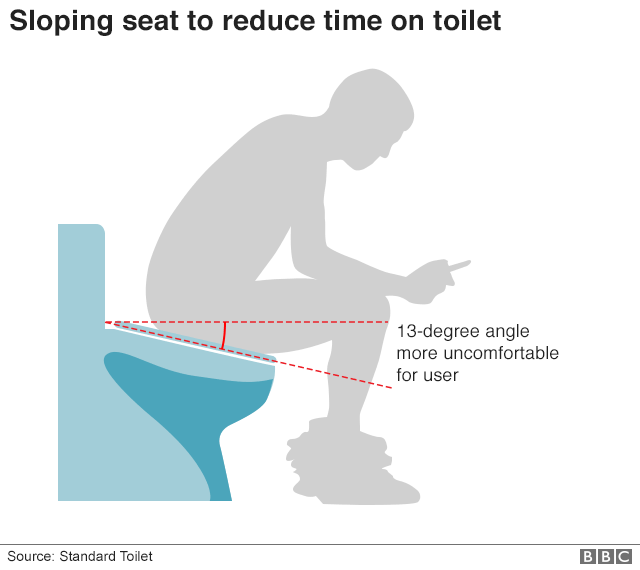 Mr Gill said a prototype of the toilet has been built and he has tested it himself.

He added that the optimum angle is between 11 degrees, where staying seated for more than 15 minutes remains comfortable, and 13 degrees, where "five to seven" minutes is the maximum.

Mr Gill pointed to a medical study, which discusses the risks of spending too much time on the toilet - including haemorrhoids.

However, the idea has been met with withering humour online.

Some have joked that they will attempt to "defeat" the slanted bowl with apparatus placed on top of it to make the seat level again.

One Twitter user joked that it might be possible to alleviate the effects of the toilet by sitting on it backwards.

"If it is real I think it`s a perfect representation of the disdain capitalism has for workers and for human beings," Hilary Gardiner, who uses Twitter username @plume__, told

A website with information about the toilet has been published.

"Current toilet seats provide a horizontal seating surface," the website says. "This enables a user to sit relatively comfortably on the toilet.

"As a result, a user may spend longer than necessary sitting on the toilet without short-term discomfort. Sitting on a toilet for longer than is necessary is generally undesirable."

The sloping design could save industry billions in wasted hours, StandardToilet claims. 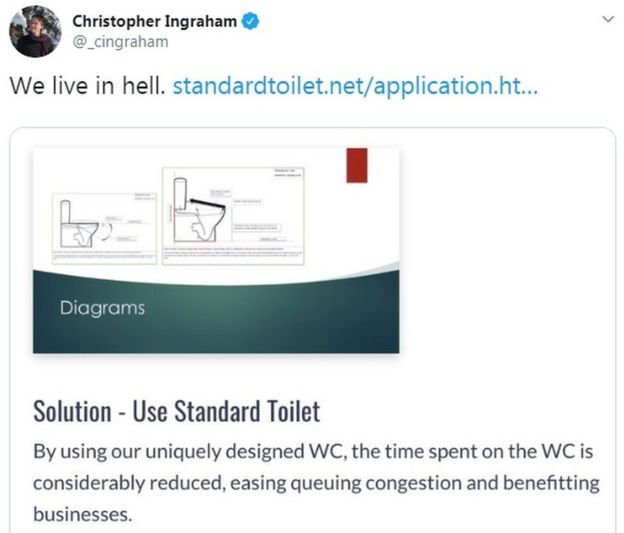 Social media users also questioned whether the toilet would present genuine difficulties for people with back and knee problems, or bowel conditions such as Irritable Bowel Syndrome (IBS) or Crohn`s disease.

However, Raymond Martin, managing director of the British Toilet Association sought to defend the design, describing the online backlash as "a bit of a knee-jerk reaction".

"There are certain places where this time limit will be useful," he told the BBC.

"The slightly sloping front makes for a slightly different angle of attack."

One Twitter user well-versed in the history of toilets pointed out that a sloping loo has been designed before - 108 years ago, by bathroom fittings firm Twyfords.

"Twyfords tried it over a century ago, but it didn`t catch on," Terry Woolliscroft told 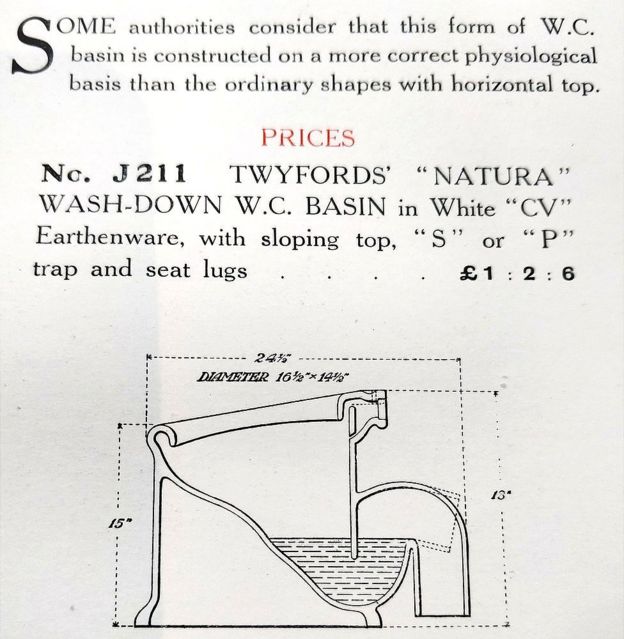 Mr Woolliscroft has a blog where he documents various exotic toilet designs published by Twyfords.

He says he is sceptical that the StandardToilet concept will have much appeal.

He also questions whether wasting time on the toilet can really be tied directly to the advent of social media:

"If social media and mobiles didn`t exist, then people would still spend time in the loo, probably reading the newspaper."