US
Smart meters will get to Star Trek phase, says minister

Smart meters will reach a "Star Trek phase" - when the technology works to the financial benefit of consumers, a minister has promised.

Climate change minister Lord Duncan of Springbank told a committee of MPs that the controversial system will allow "technology to be our friend".

Eventually, residents would be able to choose real-time tariffs, to switch on appliances when energy is cheapest.

The installation of smart meters has been riddled with delays and problems.

A smart meter measures energy use, in the same way as a traditional gas or electricity meter. Unlike its predecessors, it sends that information directly to an energy supplier.

Householders can track their energy use on a display screen, which should also show them the cost of how much they have used in pounds and pence.

The "Star Trek phase" of the technology would allow residents to "run the laundry" at lower-cost times of day, owing to tariffs that allowed for a change in cost every half an hour, business minister Lord Duncan of Springbank told the Business Committee of MPs.

Despite millions of pounds being spent on marketing, he added: "There is still a relatively wide ignorance across the country about the value of smart meters."

Consumers can turn down the offer of a smart meter, which is installed for free by their supplier.

Last month, the government also revealed that it predicts only half of households will have a smart meter by 2020 and that the cost of the rollout will rise from £11bn in 2016 to £13.5bn - although total savings from the improved technology will also rise from £16.73bn to £19.56bn.

Lord Duncan admitted there had been "hiccups along the road", but there were potentially "big incentives" for people to agree to a smart meter being fitted.

He added that those who stuck with "relic meters" risked "very high" maintenance costs.

There have been a series of glitches that have left customers frustrated.

"My smart meter loses connection, the weather seems to affect it, and it beeps all the time and the only way to stop it is to remove the batteries," Bryde Town, from Halifax, told earlier this year.

More bizarrely, a handful in England showed displays in Welsh.

The biggest annoyance for customers is that the first meters go "dumb", meaning that when they switch energy suppliers the meter loses its smart functionality and they have to go back to reading the meter again.

About 14 million of these first generation SMETS1 have been fitted - many by British Gas.

Mary Starks, from regulator Ofgem, said that suppliers were now expected to fit the second generation meters, which still worked when customers switched.

She said all of the SMETS1 meters should be smart again by the end of next year, when they are switched onto the centralised system without the need for an engineer entering someone`s house.

But the committee heard that only 4,500 out of the 14 million first generation meters had been switched over so far. 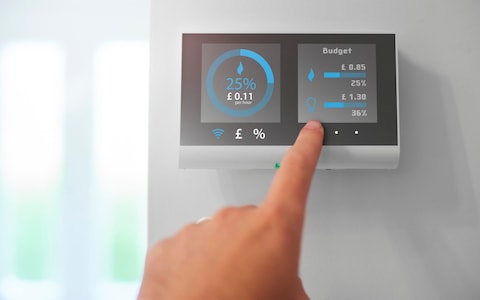 The WICKED Truth about how to RADIATE and Feel...