One of the internet`s most popular forums for supporters of President Trump has had restrictions placed on it by its host site, Reddit.

The platform now warns visitors that some members of the community have been involved in making "threats of violence against police and public officials".

Members have complained of censorship.

The forum, which is known as a subreddit, has more than 760,000 subscribers and once hosted an "ask me anything" session with Donald Trump in which he replied to questions from the public before the presidential election. 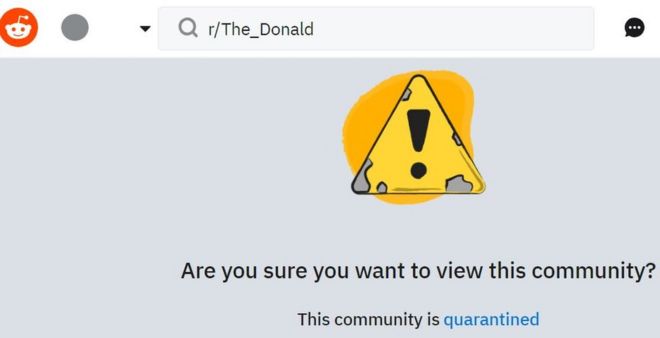 "We are sensitive to what could be considered political speech, however, recent behaviours including threats against the police and public figures is content that is prohibited by our violence policy," a spokeswoman for Reddit told the BBC.

Climate change rowOne of the forum`s moderators initially shared the message Reddit had sent explaining its reasons for the "quarantine".

The post was subsequently deleted, but its contents have been copied and posted elsewhere.

It said the move had been prompted by threats made on the subreddit against the authorities in Oregon.

As a result, the Oregon State Senate lacked the necessary quorum to pass a law to cut greenhouse gas emissions.

State troopers were then told to bring the senators back, which in turn prompted claims that militia groups opposing such an intervention might show up in the state capital Salem raising a "threat of violence".

Media Matters for America - a left-wing campaign group - subsequently drew attention to Reddit posts in which The_Donald members used threatening language of their own.

Most of these were subsequently deleted by the forum`s moderators.

However, Reddit`s management expressed concern that the subreddit was dysfunctional because of the earlier removal of tools designed to help its members express opposition to others` posts and flag banned content.

"Limiting or prohibiting them prevents you from moderating your community effectively."

As part of the quarantine, it added, the forum had been forced to reinstate the relevant buttons.

Reddit said that if, after a month, the moderators could demonstrate better management of the forum, the quarantine might be lifted.

But it added that the community might be permanently shut down if "this situation continues to escalate".

`Anti-free speech`This is not the first time The_Donald subreddit has faced controversy.

It has previously been criticised for fostering conspiracy theories about Hillary Clinton, and the sharing of racist and sexist views.

But Reddit`s chief executive Steve Huffman has previously defended its existence, telling an audience last year: "It`s crass and offensive and that is part of their identity. [But] there`s a difference between conflicting with our values and conflicting with our content policy."

The forum`s moderators have told users they will ban anyone who posts content that encourages physical harm.

They added that: "The acts of a few do not define us as a group."

However, many members have expressed concern that Reddit has expressed bias by targeting the subreddit in this way.

"No matter your belief, you should have a platform without being silenced. Keep fighting," wrote one.

Another posted: "The more they tighten their grip the more free speech is going to slip through their fingers." 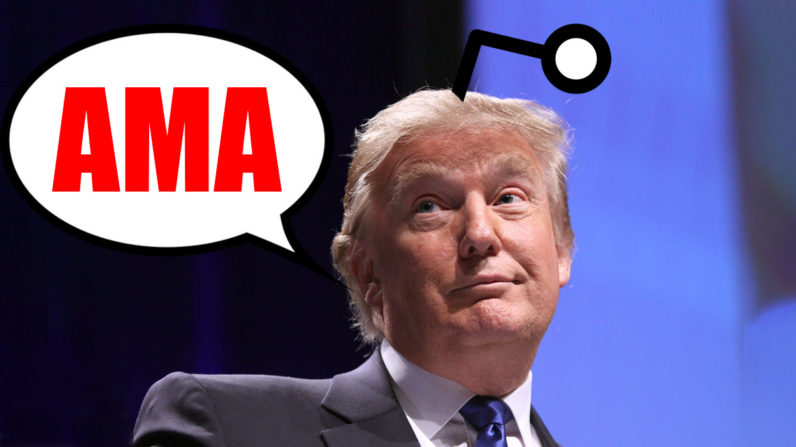 A spokesman said the event would "bring together digital leaders for a robust conversation on the opportunities and challenges of today`s online environment".

He did not, however, reveal who had been invited.

President Trump has not commented on The_Donald`s quarantine.

But in recent days he has claimed that he has lost followers on Twitter because the platform had a Democratic bias, and has suggested the US should sue Google and Facebook.

10 Rare And Most Beautiful Cars of All Time

Massive Study Shows The `Us And Them` Division Is a...

How to build confidence in small fearful dog

Smart meters will get to Star Trek phase, says minister