US
Online election ads - who is targeting whom

We each tweeted a video asking anyone who saw a political advert in their Facebook feed to send it to us, along with the "Why am I seeing this ad?" information that pops up when you click on a menu.

We were not sure anyone would respond - but quickly the emails began to flood in.

So far, we have received more than 600 messages with screenshots of election adverts and the information about how they have been targeted.

Here`s what we have learned so far.

Who is advertising?Labour, the Conservatives and the Liberal Democrats all got off the mark quickly, with our respondents sending us a variety of ads.

And as the week went on, ads from the Brexit Party and the SNP started coming in.

But what was striking was the number of non-party organisations getting involved.

The most notable example was the Fair Tax Campaign, whose ad attacking Labour`s tax plans was sent in by three people.

It appeared without the "Paid for by" information Facebook requires - and when we contacted the social media giant, the advert was taken down.

A few days later, it was back with the message: "Paid for by Alexander Karcejwski Crowley," confirmation a former aide to Boris Johnson who left Downing Street in late September was behind the campaign.

Ads were also run by Best for Brexit and Best for Britain - two campaigns on opposite sides of the Brexit debate.

And on Sunday, we got our first email with an ad from the Hope Not Hate campaign - not endorsing any party but attacking Brexit Party leader Nigel Farage and Tory leader Boris Johnson.

What are the adverts saying? 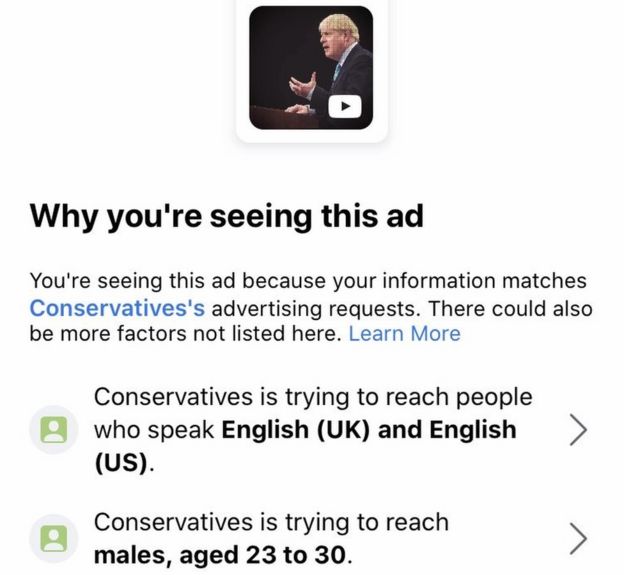 The Conservatives started with very targeted adverts aimed at key marginal constituencies, including Bridgend, with the message only a few thousand votes were needed "to get Brexit done".

But later they broadened out with an attack on Jeremy Corbyn. Within hours of former Labour minister Ian Austin`s call for voters to abandon the party, the Labour leader was featured in an ad.

Labour`s ads have focused on the NHS and the claim Mr Johnson poses a threat to it. One message featured a Guardian article about suggestions the UK could pay more for drugs following any trade deal with US President Donald Trump.
Meanwhile, the Liberal Democrats have been hammering away with a message they will stop Brexit and "the two old parties have failed Britain".

How are the adverts targeted?While some of the early Tory ads were closely geographically targeted, later on they all seemed broad-brush.

The "Why am I seeing this ad?" message often read: "Conservatives want to reach people like their customers," over 18 and in England.

Many of its ads told readers Facebook had "matched your information with information on" a list Labour wanted to reach, derived from a "hashed list" uploaded by Experian Marketing Services.

But one "Why am I seeing this?" message gives useful insights into the workings of Facebook`s "lookalike audience" feature, used by many of the parties.

"The Brexit Party identified a group of existing customers that it wanted to use to find similar customers," the message said.

"Facebook used this group of existing customers to find potential customers for the advertiser."

Does this targeting work? 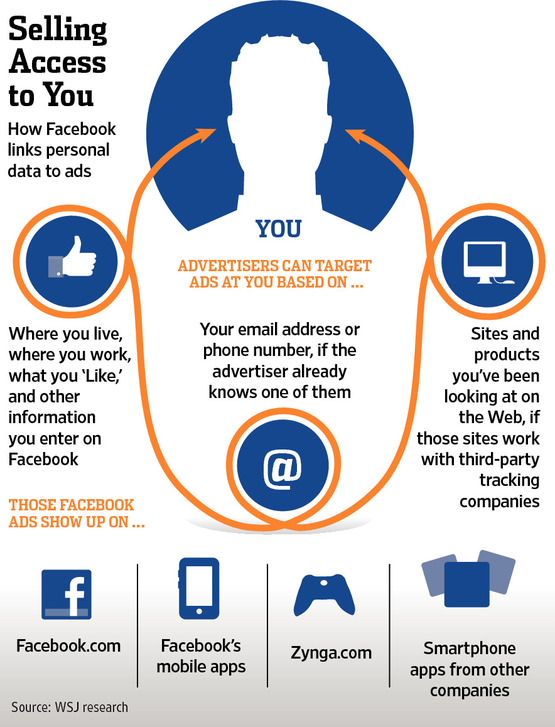 Much has been made of the way Facebook allows political campaigns to micro-target their ads, crafting hundreds of different messages suited to the personalities of each individual.

So far, however, our project seems to suggest this whole idea may have been oversold.

We have seen no evidence voters are seeing lots of different messages, indeed the same adverts keep cropping up all over the country.

And we are hearing plenty of scepticism about targeting, with respondents convinced the parties are missing the mark both geographically and when it comes to their political preferences.

"They got my age right is all you can say," wrote one person about a Conservative ad aimed at anyone over 18.

"I live in Wales and never voted Tory and never will." 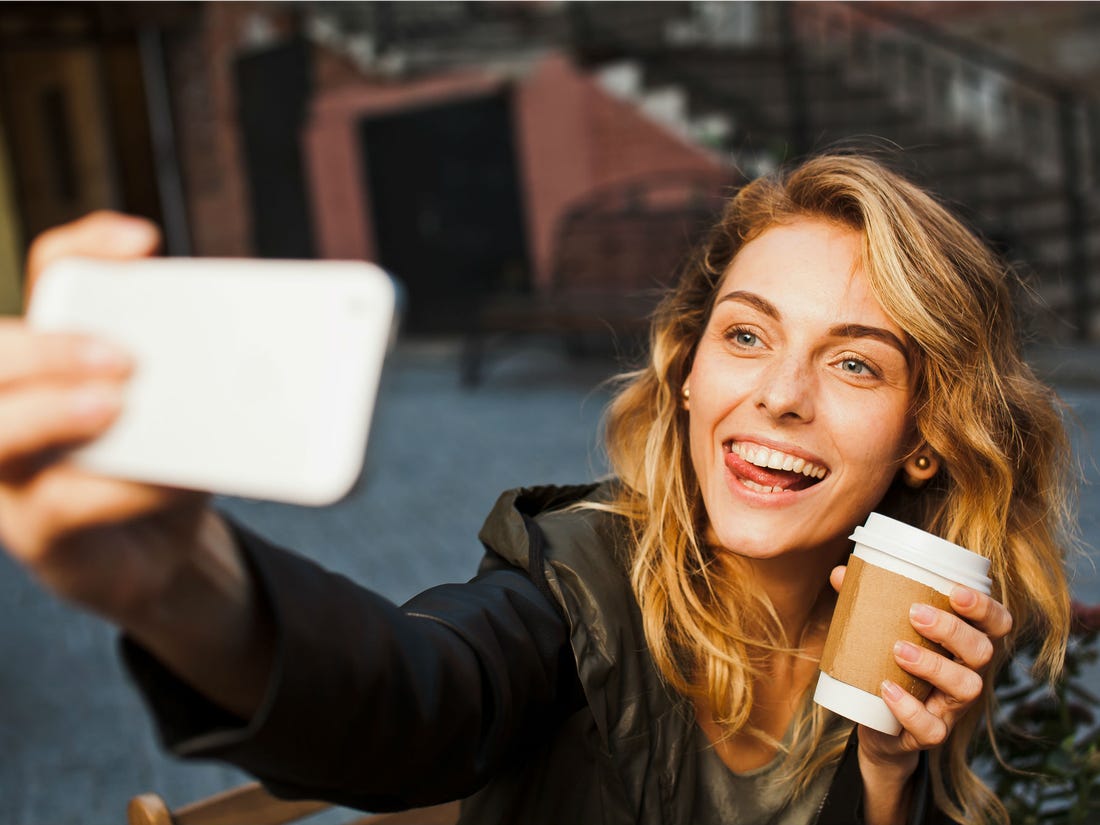 Someone in the Chorley constituency of the new speaker Sir Lindsay Hoyle wondered why the Labour Party was targeting him with an ad when it would not need to contest that seat.

Plenty of people reported ads that made incorrect assumptions about their location - suggesting Facebook can often be a blunt instrument.

Most bizarrely, one ad urging a vote for the Conservatives in the Wirral West constituency to "get Brexit done" was received in Clitheroe - and actually appeared to have been targeted at the Lancashire town.

And a few people were angered by the fact they had been tracked at all. 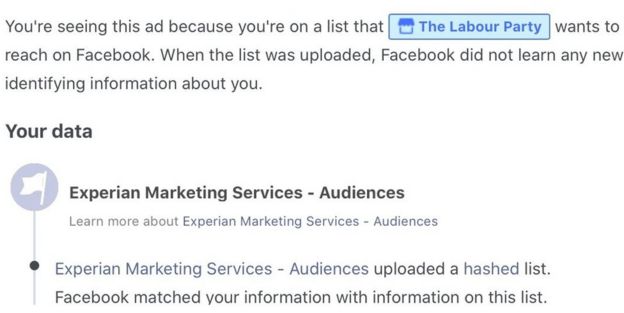 "None of my profile information is supposed to be shared beyond me or my friends but my information seems to have been uploaded and shared with five different marketing companies," wrote one person who sent us three ads.

"I tightened up my ad settings a few days ago and I`ve had no political ads since."

About half a million pounds has been spent on Facebook ads in the first week of the campaign and all the signs are we could see record spending by polling day.

"Half the money I spend on advertising is wasted - the trouble is I don`t know which half," an American retailing tycoon is supposed to have said more than 100 years ago. Some things don`t change.

Across the political spectrum, the parties` digital experts will be trying in the coming weeks to work out how to cut down on waste when it comes to their Facebook campaigns. 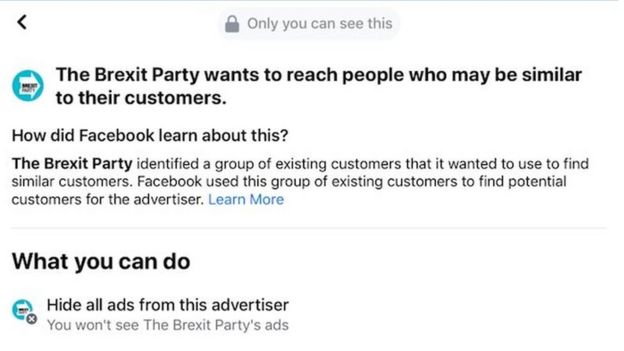