A rap song released by hip hop artists Timati and Guf has become the most disliked Russian-language video on YouTube.

More than 1.4 million people disliked the music video for the song Moscow in just three days before it was removed the site on 10 September.

The song praises the city of Moscow and its regime, mocking anti-government rallies and noting its lack of gay pride parades.

It was released on Moscow City Day on 7 September 2019, which was one day before the elections to Moscow`s Duma (city parliament).

Because of this timing, the artists have been accused on social media of being paid by the Russian government to record the song, which they have refuted.

"The guys said a big thank you to all of the Moscow taxpayers who funded this from their pocket," wrote one prominent blogger on Twitter, while another alleged the song was made to "make people respect the authorities". 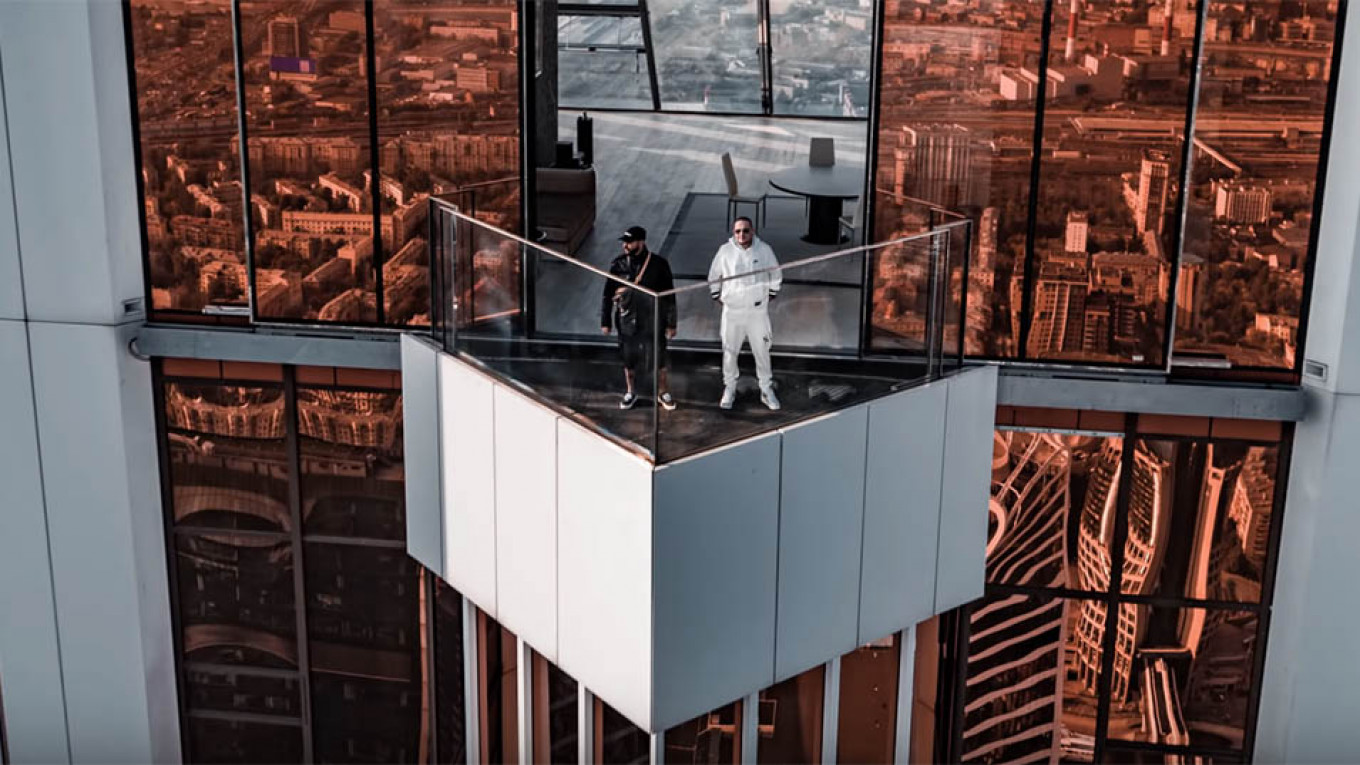 Timati initially responded to the dislikes by saying he was not ashamed of the song and was not paid to make it, but he has since deleted this comment and admitted the lyrics were "too much".

"I broke the record," he said. "But I didn`t want that at all. I did not aim to offend anyone.

"I love my city, and now it looks the best it has ever looked in all 36 years of my life, for which I am immensely grateful to those who made it possible.

"I definitely do not need mess so I am deleting this video to stop this wave of negativity." 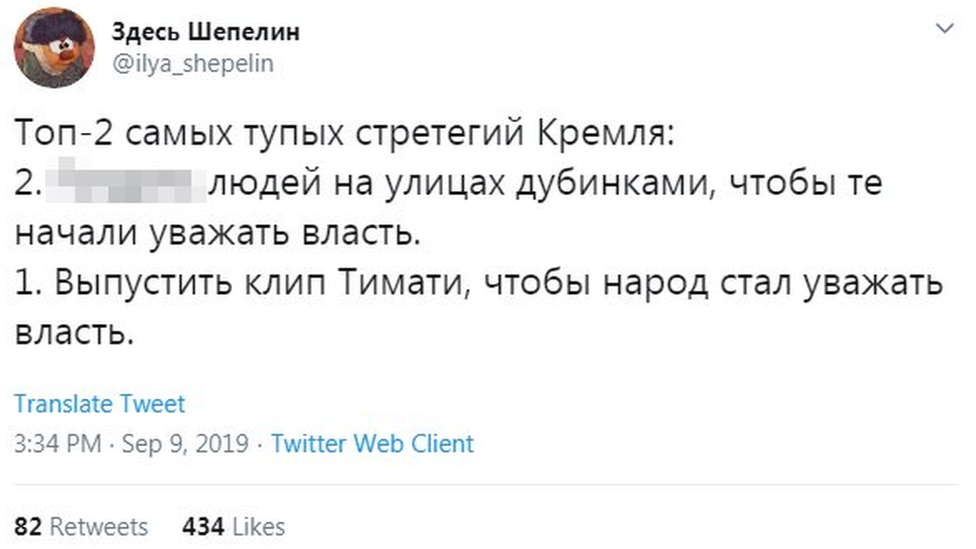 He is known to support President Vladimir Putin, having been photographed with him on several occasions, and has attended rallies in support of the Russian regime.

This may have made him a target for criticism, with many people expressing their lack of surprise that Timati was critical of anti-government protests in the song.

This tweet is one of many which accuses the musicians of being paid by the Russian government.

The translation reads: "I am really amused by the fact that the geniuses from the Moscow mayor`s office are so detached from reality that they really hope to solve something with Timati`s song. Aaah, Timati is not going to protests, well, that definitely means everyone else would stop." 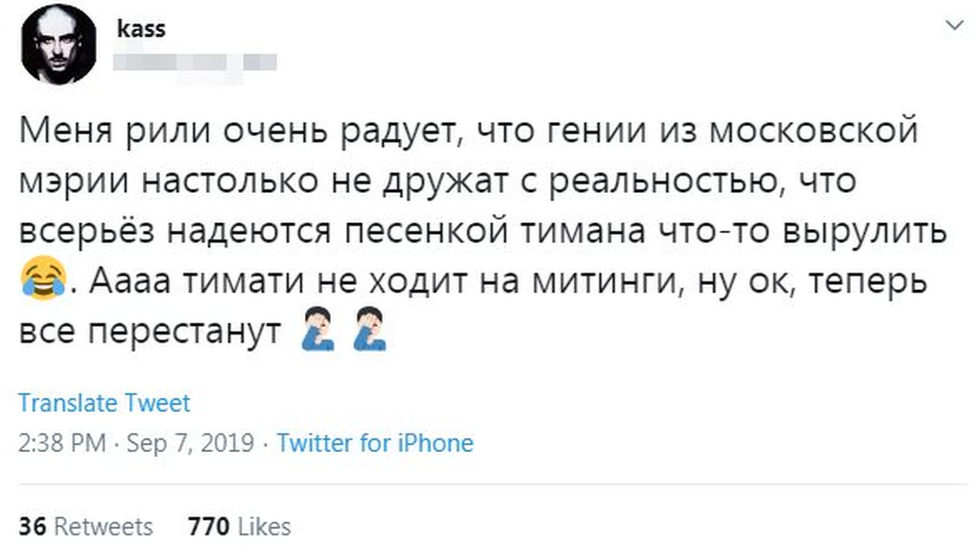 Timati is known internationally as a hip hop artist and has collaborated with acts like Snoop Dogg, Craig David and Timbaland.

Meanwhile Guf is well-known in Russia and has 1.6m followers on Instagram, where he posted an emotional video apologising for the song and claimed he had been "tricked".

"I`m in shock," he said. "I am very sorry. I did not know we had mayoral elections the day before yesterday.

"I was told we needed to congratulate the city on its day. I did not get a single penny out if it, I swear to you. They tricked me, they framed me.

"This time, I sincerely apologise to you, and I am proud of the youth that we have, who are interested in politics and are looking for some brighter future."

A Full-Scale Nuclear Winter Would Trigger a Global...

WATCH: Best of the Week: Fried or Die, This Is Really...
Latest Videos