PayPal suspended an account used to raise funds by one of the US`s largest white supremacist groups six days after it was first flagged by an anti-bigotry campaigner.

The Loyal White Knights of the Ku Klux Klan had promoted the account via a donation page on its website.

PayPal acted on Friday after others picked up on the issue and urged it to block the recipient.

The US-based firm faces criticism for not resolving the issue more rapidly.

PayPal previously pledged to "evaluate all sites" brought to its attention that involved the use of its service to fund the KKK and other organisations advocating racist views.

"I have tonnes of concerns that PayPal is not able to act quickly and decisively on hate groups," Nandini Jammi, from the internet-based group Sleeping Giants, told. 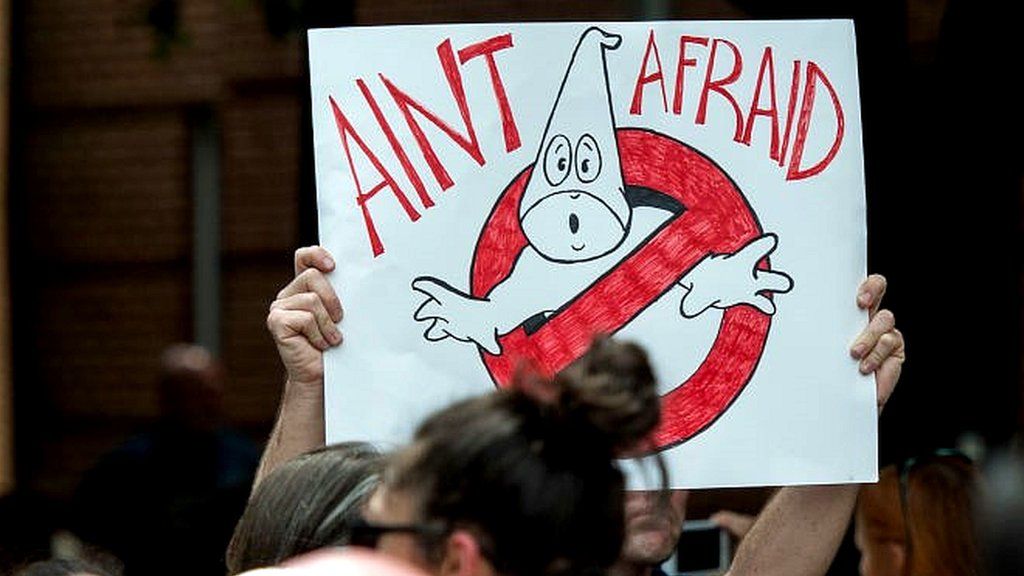 "There are some examples of them acting in a fairly timely manner.

"But they`re not applying [their anti-hate policy] in a consistent enough manner."

A spokesman for PayPal said: "Due to our legal and data protection obligations, we cannot comment on any specific PayPal customer`s account.

"We carefully review accounts to ensure our services are used in line with our acceptable use policy and take action as appropriate.

"We do not allow PayPal services to be used to promote hate, violence, or other forms of intolerance that are discriminatory."

`Easy to find`The Loyal White Knights of the Ku Klux Klan`s website said it was seeking funds to help pay for the postage of newsletters and other materials to its supporters and to organise public rallies.

A screenshot of the page has been shared to Twitter and verified by BBC News.

It linked through to a PayPal page that did not specifically reference the KKK but said its purpose was to give a "donation blessing for the cause".

The page now features a notice saying the recipient is "currently unable to receive money".

Ms Jammi said she had discovered the page while preparing for a presentation to the Turing Festival in Edinburgh last week.

She said it was "alarmingly common" for white nationalist groups and personalities to raise funds via a range of legitimate online payment and advertising platforms.

"I`ve been tracking hate groups on PayPal for several months now," she said.

"I was just Googling for a new example and I kind of knew all I had to do was type in KKK."

She tweeted the finding to PayPal`s support account on 24 August and the matter was subsequently publicised by Sleeping Giants`s main Twitter account as well as that of a Canadian anti-hate crimes group, NoPlace2Hate.

The PayPal address involved was registered to a Gmail address, which has led some people to question if Google also planned to intervene.

A Google spokeswoman said it was looking into the matter.

Ms Jammi has praised some other internet companies, which she said were quicker to clamp down on white nationalists who had tried to use their platforms.

These, she said, included the social media network Pinterest, the friendship and dating app Bumble, and the fundraising site Patreon. OnePlus 5G Phone to Be Launched in Finland by June...