TV presenter Kirstie Allsopp says she`s been the victim of a scam which has seen her face used to promote slimming pills on Twitter.

She has attacked the social media firm for failing to respond to her complaints.

Promoted tweets from an organisation called Gonagram use a false story claiming the presenter has been sacked by Channel 4. Clicking on links then leads readers to a promotion for a weight-loss product.

In one case, a mocked-up article from the Sun says the property expert dropped from size 16 to size 8 with the help of a celebrity weight-loss method and that Channel 4 sacked her because she had not revealed her links with the firm behind the product.

The newspaper has confirmed that the story is false and its lawyers are contacting Twitter about the use of its logo without permission. 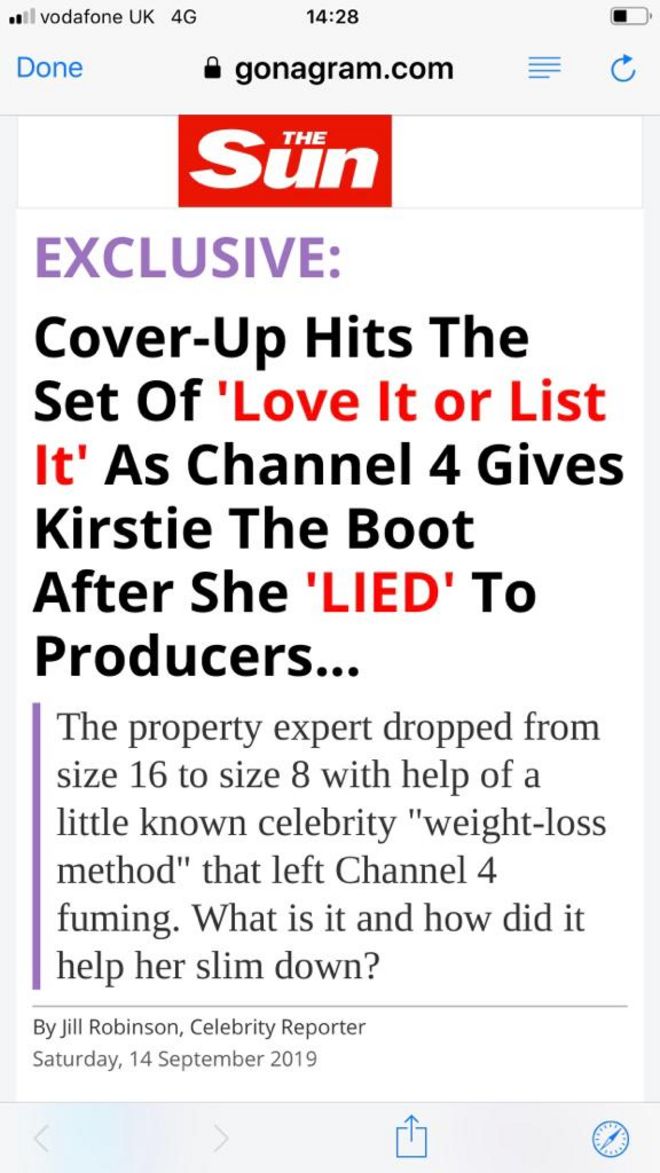 "I`ve been with Channel 4 for 20 years," Kirstie Allsopp told the BBC. "The idea that someone can create a false article that totally looks like it was in The Sun saying I`ve been fired is utterly bizarre."

The presenter has contacted Twitter about the false claims, but says she has received no satisfactory answers.

Responding to her complaint that she had been impersonated, Twitter emailed her this: "In order for an account to be in violation of the impersonation policy, it must portray another person or business in a misleading or deceptive manner. We`ve investigated the account you reported, and have determined that it is not in violation."

In a tweet, Kirstie Allsopp attacked the social media giant, suggesting that it was motivated only by the money it earns from advertising. 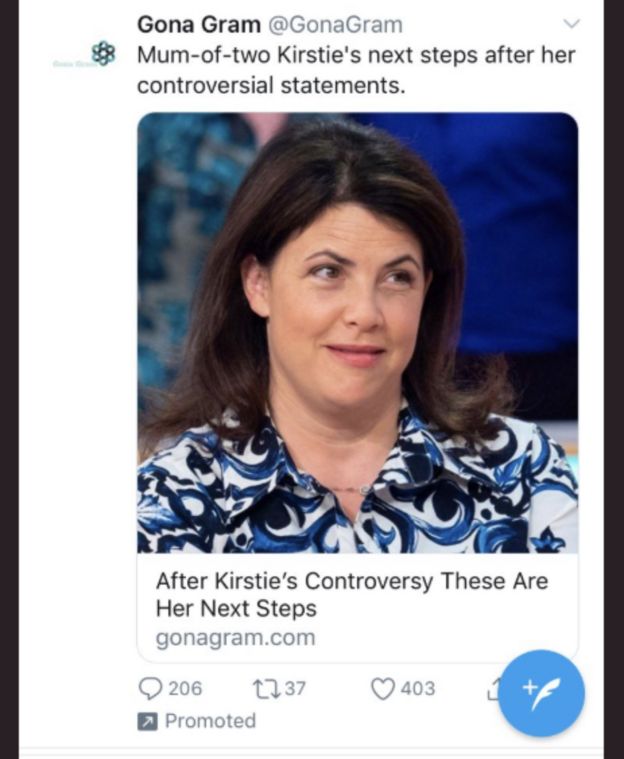 "Can`t you see how damaging this is to our belief in you & our ability to judge what is true and what`s not? Why aren`t you hearing this? Does money speak so loudly that you`re deafened to any other voices?"

There have been reports that similar articles making false claims about the presenter`s endorsement of the weight loss pills have appeared on Facebook, Instagram and other social media networks.

Earlier this year the consumer finance expert Martin Lewis dropped a lawsuit against Facebook over thousands of ads on its platform which used his name and image to promote false claims that he backed investment schemes. The company agreed to pay £3 million to fund a scheme to fight online scams.

The BBC has contacted Twitter to seek its response to Kirstie Allsopp`s complaint. It has also contacted Gonagram, but the company has not yet responded to a request for comment.

Our Sun Will Become a Solid Crystal as It Dies,...

Chad - where social media has been cut for a year