Between news of devastating natural disasters, horrifying scientific predictions, and the infuriating lack of political will to do anything about it all, it seems we can`t catch a collective breath at the moment. Some days, news about the climate crisis feels like a heavy weight on my chest. And I`m not alone.

Some of us are becoming increasingly overwhelmed, including the scientists who have been working so hard on these problems.

"We are seeing a wide range of responses, including signs of anxiety, depression, anger, guilt (ruminating, feeling overly-responsible for the problem)," New York climate psychologist Wendy Greenspun told me.

A 2018 study in Nature Climate Change stressed that these reactions are an entirely rational and legitimate response to the mess we`ve found ourselves in.

Things are on track to get worse, which is all the more reason to find a way to cope with these emotions, so we can face the challenges to come. Not least because I wanted to soothe my own anxious mind, I dug into the advice psychologists have to offer.

Here are their best tips on how we can cope when news about the climate emergency becomes just a bit too much. 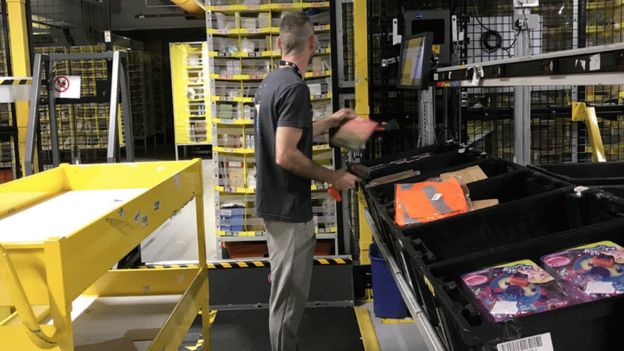 Greenspun says that along with the more obvious feelings of distress and changes in emotional levels, signs that climate news is having a negative effect could also include things like an inability to stop seeking out more and more climate news (something I certainly recognise!) or avoiding the information entirely.

"People should pay attention to their emotional state in the wake of reading and seeing climate news," Greenspun advises. "Self-awareness might help someone recognise when they need to discuss their emotions with another person or to take a break."

Coping with Climate Change Distress, a guide by the Australian Psychological Society and colleagues, stresses the importance of self-care, such as maintaining regular routines, and taking time out to exercise, meditate, relax and do fun things that make you feel good.

"Keeping up with a constant stream of information doesn`t actually solve the climate change problem," the guide states. "And it takes a huge psychological toll to be constantly exposing yourself to this chronic, intangible, global environmental stressor."

Psychologist Carol Ride, founder of Psychology for a Safe Climate, told me it`s important to set boundaries on how much we do engage with this issue - tactics such as not reading about climate change at night can be helpful.

"Each individual needs to figure out how much they can face and what will allow them to stay aware without causing so much distress that they shut down," Greenspun says.

"Taking breaks from the news instead of constantly reading may be a way to stay connected without shutting down too much - being with people you love and who care for you, being in nature, or anything else that can bring joy and emotional refuelling."

One of the most effective ways for facing feelings of powerlessness and helplessness is to seek out other people.

"Connecting with others for support and to not feel alone may be one of the most important ways to manage distress," Greenspun advises. "Social support is one of the best predictors of coping with any kind of stress." 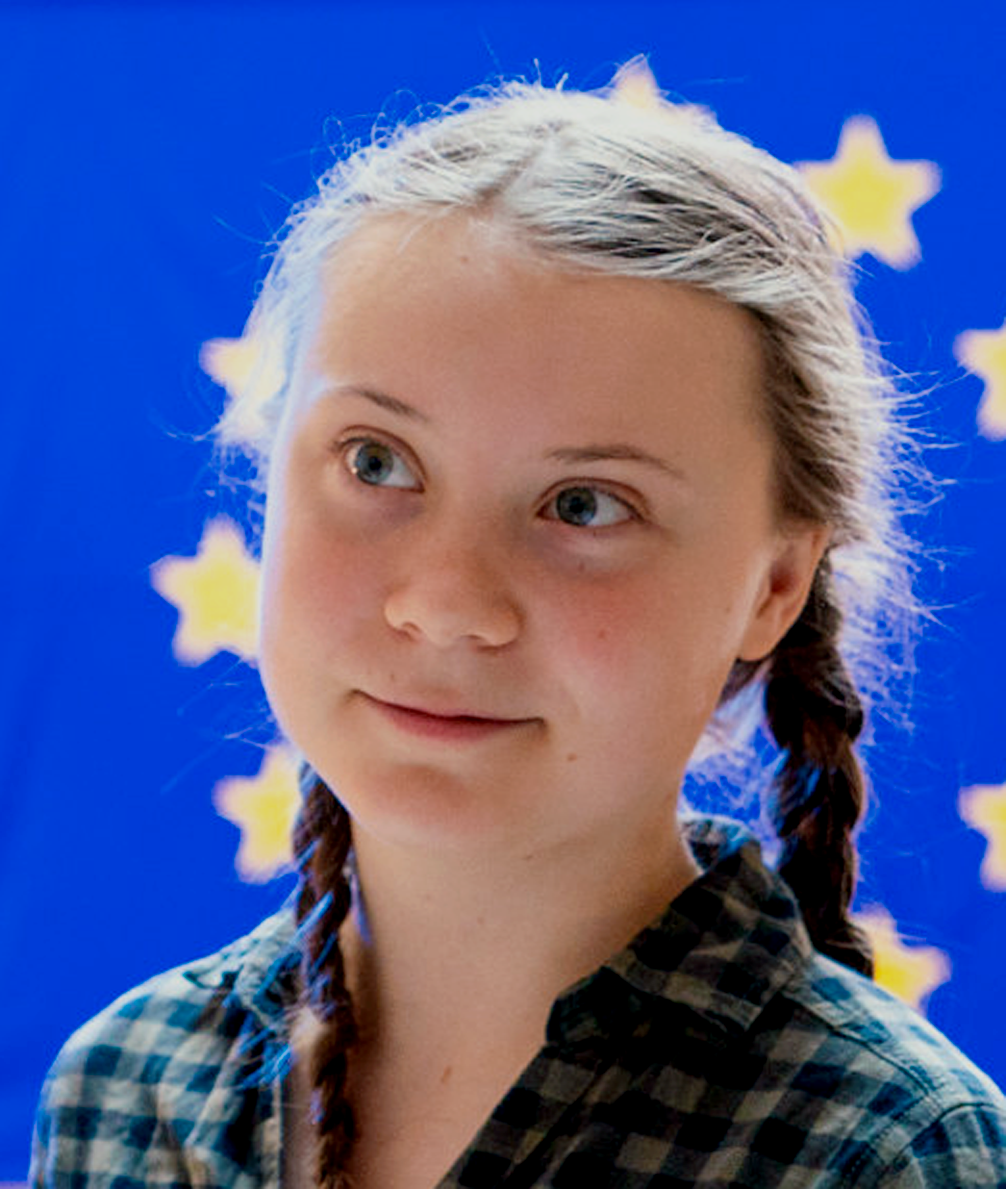 As Psychology for a Safe Climate emphasises in one of its publications, when we provide support, security and understanding for each other, we can become better equipped to deal with uncertainty and change. Having conversations with a thoughtful, engaged listener is a well established method for helping people with depression and anxiety.

"Being heard and hearing similar concerns from others helps legitimise our feelings and can mobilise energy to engage with the issue and action," says Ride.

Over 171 Swedish psychologists and psychotherapists agree that striking for the climate is a healthy and constructive response for the students who are feeling concerned about the climate emergency.

Just like Greta Thunberg, I have also found some relief in activism and will be marching with the students today.

"Taking meaningful action can combat feeling helpless," Greenspun explains. "People who get involved with climate activism and become part of a community working together fare better than some climate scientists who don`t discuss their emotional reactions with their colleagues."

Before I started school striking I had no energy, no friends and I didn’t speak to anyone. I just sat alone at home, with an eating disorder.
All of that is gone now, since I have found a meaning, in a world that sometimes seems shallow and meaningless to so many people.

But if protesting is outside your comfort zone, taking action can take many forms, including things like financial divestment or simply talking to other people about climate change.

"The ability to reflect, think aloud and share stories is how we as humans are wired to learn, change and grow – not as individuals, but as communities," environmental psychologist Renee Lertzman wrote for the United Nations Association.

4. Focus on what you can do

Amongst lists of countless individual actions and online voices guilting us for not being `eco` enough, trying to work out how to take action can be confusing in itself. This type of thinking can lead to shame, which can be paralysing.

The reality is we still have to function and survive within the system and circumstances we have, even while trying to change them. With just 100 companies responsible for the staggering majority of CO2 output and the need to make large systemic changes to the way our society works, this is not something any single one of us can do alone. 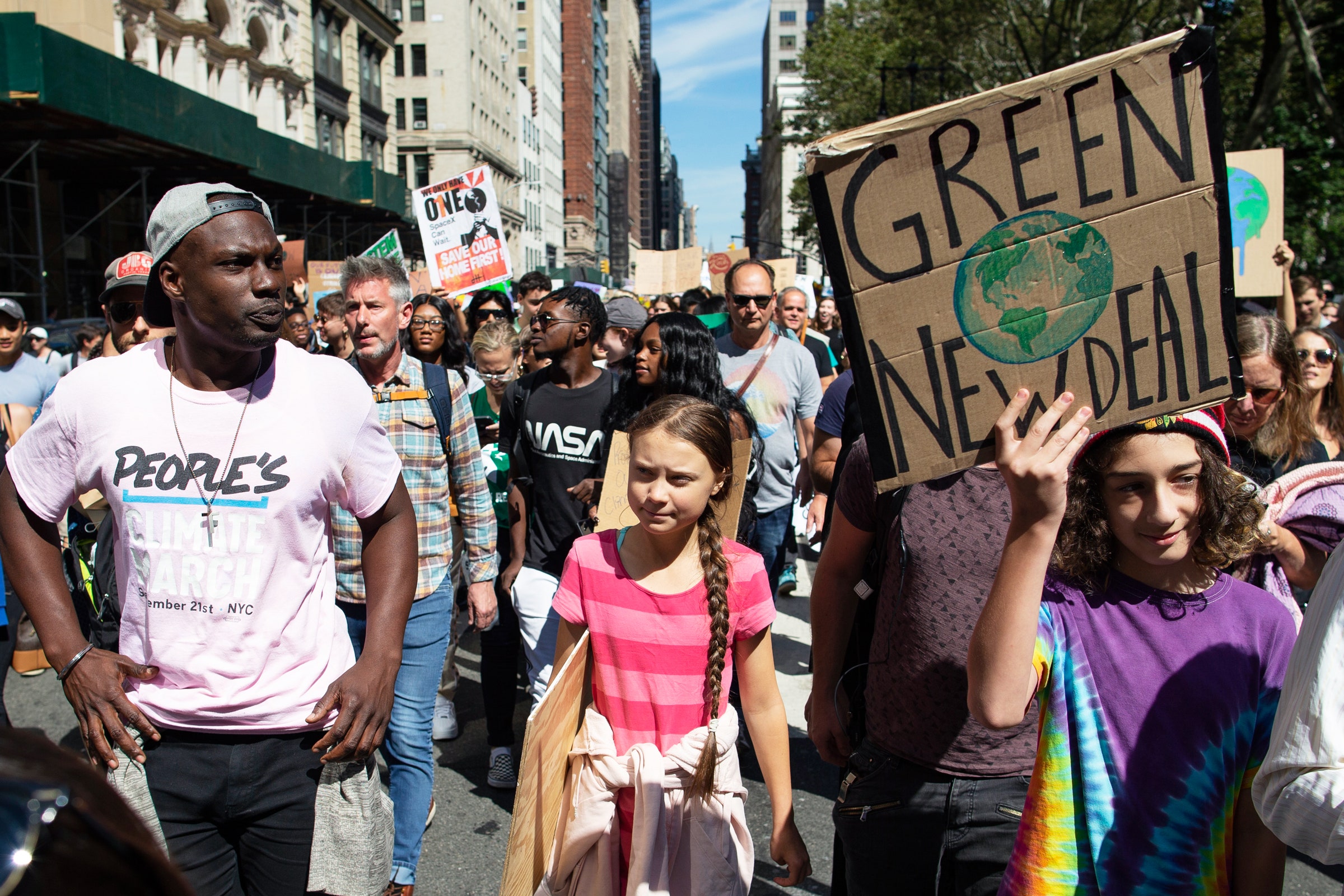 As climate activist Mary Annaise Heglar wrote: "I don`t care how green you are. I want you in the movement for climate justice. I don`t care how long you`ve been engaged in the climate conversation... I don`t even care if you work on an oil rig. All I need you to do is want a livable future."

Coping with Climate Distress recommends avoiding harsh judgements about what we can`t do. Having compassion for ourselves and others is a key way of dealing with feelings of guilt and shame, according to the Climate Psychology Alliance.

"[Try] focusing on actions and behaviours you can control and not spending as much time on those experiences over which you have no control," said Greenspun.

There is no doubt that one way or another our societies will be changed by the climate impact, but no one actually knows what that`s going to look like. Fear of this unknown has swung some people towards the extremes of nihilism and led to a debate in the media about hope versus doom. I have have certainly struggled with these feelings as I`ve researched climate change over the last decade in one capacity or another. I remember finding great relief when I read these words from The Guardian`s journalist George Monbiot: "To be at peace with a troubled world: this is not a reasonable aim."

"It is important to be aware of and accept how we feel even if they are feelings of despair. Trying to fight our feelings takes a lot of energy," advises Ride.

Lertzman believes the choice between hope and doom is a false dichotomy and that there is a space we can occupy inbetween these extremes.

Others suggest hope doesn`t necessarily require optimism. Radical hope involves letting go of what we once thought the future would be and building the courage to face uncertainty, so we can focus on what we need to do to adapt to the future we`re now facing.

"We may need to mourn over losses in the ecosystem and to our lives as we know them now as a part of figuring out how to find meaning in all that we face," says Greenspun. "It`s helpful to counterbalance negative information with stories of courage and positive change."