Vegetarians, vegans, even kosher and halal eaters closed out of pork and cheeseburgers before -- we`re not the ones making new fake meats go viral.

Impossible Burger made waves at CES last year, and Impossible Pork and Sausage were the buzz of CES 2020 last week. But Impossible Foods is just one in a wave of plant-based "meat" producers, including Beyond Meat and Incogmeato from Kellogg`s Morningstar Farms, that feed a consumer frenzy for animal-free alternatives. Some eaters are scarfing down these new fake meats for the possible health benefits of a plant-based diet. For others, it`s a desire to cut back their personal contribution to our environmental doom.

But the demand for these fake meats is almost entirely driven by people who chow down on animals too. NPD Group found 90% of plant-based-meat eaters also eat real meat on the regular, according to its study late last year.

Fake meat has long been associated with vegetarians, who don`t eat animals, and vegans, who also nix other animal-derived items like dairy, eggs and honey. And fake meats like Impossible Burger and Pork pitch themselves as kosher and halal too -- religious diets that forbid eating pig and, in kosher`s case, combinations of dairy and meat, which make real cheeseburgers out of the question.

But rather than tapping into a pent-up demand for these foods among vegetarian, halal and kosher eaters, those groups` aversions to eating these animals means they`re pretty weirded out by the hyper-realistic fake stuff too.

That`s all good with Impossible Foods. The Silicon Valley-based startup wants to eliminate the need for animals in the food supply by 2035. That may seem like a long time, but a baby born when Impossible Burger 2.0 launched would barely qualify for a driver`s license at the point the world could give up eating animals for good, if Impossible Foods meets its goal.

People are flocking to these faux "bleeding" burgers or sham hams. Burger King just had its best quarter of sales growth in four years thanks to the Impossible Whopper, its parent company said in October. (Burger King will test an Impossible Croissan`wich with pig-free sausage next.) Financial services firm UBS projects the plant-based meat market will grow to $85 billion in 2030. That`s trifling compared with Barclays` projection of a $140 billion market within the next decade.

But so far, fake meat doesn`t appear to be displacing animals from Americans` diets.

"The country is not becoming more vegetarian or vegan," Darren Siefer, food and beverage industry analyst with NPD, said in an interview last week. "We see meat eaters saying, `Hey, how else can I get protein in my diet without necessarily adding more meat?`"

As much as these fake meats are associated with vegetarians and vegans, and as often as plant-based alternatives are touted as kosher and halal, people who follow those dietary traditions don`t have a gravitational pull to the fake versions of foods they`re purposely rejecting.

My colleague Abrar Al-Heeti, a practicing Muslim who has never eaten pig (at least, not intentionally), was one of the first people to taste Impossible Pork before it debuted at CES. "This feels so wrong," she said of the experience, which made her feel queasy for hours.

I had a similar sensation eating Impossible Burger when it was unveiled last year at CES. I ate fake beef tartare in front of the chef who prepared it, who was innocently curious about my reaction while I tried to hide my rising revulsion. Standing face-to-face with him was the main thing that stopped me from spitting out the gooey, pink mass.

Since then, I`ve found I really enjoy the Impossible Burger served as an actual burger, but now that I can buy it in grocery stores, the raw "meat" still freaks me the hell out. I can`t touch it or smell it without triggering an internal siren screaming at me to run away from this pile of dead animal tissue, even though it`s mostly a heap of soy.

Apart from interest based on health, environmental or animal welfare reasons, kosher Jews seemed attracted to Impossible Burger for two reasons particular to their community, he said. First, the cost is attractive compared to kosher cow meat, which is often expensive because of the complexity of butchering and preparing it. Second, its plant-based nature meant Impossible Burger is exempt from rules against eating meat and dairy together, which extends to having to wait six hours after eating meat before eating dairy.

But pork is likely to be different, Genack said in an interview last week. In the past when OU certified fake versions of a forbidden meat -- like fake shellfish made from fish or fake bacon -- the products tended to spark initial interest from kosher consumers that gave way to resistance. "It`s not just a religious thing, it`s a cultural thing," he said.

"We`ve been inculcated for millennia" against eating pigs, Genack added. "This is something that`s been verboten and that we don`t eat. It takes time for the person to absorb that this is synthetic, (that) it`s not real pig."

It makes sense that 90% of people eating plant-based meats also eat animals, since it basically mirrors the dietary demographics of the US at large. It might seem startling to think the overwhelming majority of people eating plant-based alternatives are carnivorous, but unabashed meat eaters make up about 90% of the US population, according to Siefer`s research. Only about 3% of the US is vegetarian or vegan, and another 7% to 8% say they`re flexible or "flexitarian," eating meat sometimes and abstaining other times, he said.

Other studies indicate those numbers aren`t changing much even as fake meat gains in popularity. Gallup stats show the percentage of US vegetarians and vegans has hardly moved over the last seven years. The number of Americans who say they`re vegetarian has held unchanged at 5% from 2012 through the end of last year, according to Gallup, while 3% report being vegans, a barely-there increase from 2% in 2012.

Impossible Foods itself says 95% of people who ate Impossible Burger last year had also eaten meat from an animal in the previous month. But NDP`s and Gallup`s research suggests fake meats aren`t making progress yet to Impossible Foods` goals of reducing animal-meat consumption.

"It doesn`t help the world for us to create pork product for someone who isn`t going to eat pork from a pig anyway," Impossible Foods CEO Pat Brown said at the unveiling of Impossible Pork at CES in Las Vegas last week. "It`s important to realize what our mission is: A sale for us only counts if it comes at the expense of the animal-based food production industry."

But the company commissioned its own research last year indicating plant-based alternatives are taking root more among younger consumers. While only two out of 10 US baby boomers (age 55 and older) eat plant-based meat at least once a month, more than half of Gen Z consumers (age 18 to 24) do, according to the Impossible study in the second quarter of 2019.

The information contained in this article is for educational and informational purposes only and is not intended as health or medical advice. Always consult a physician or other qualified health provider regarding any questions you may have about a medical condition or health objectives. 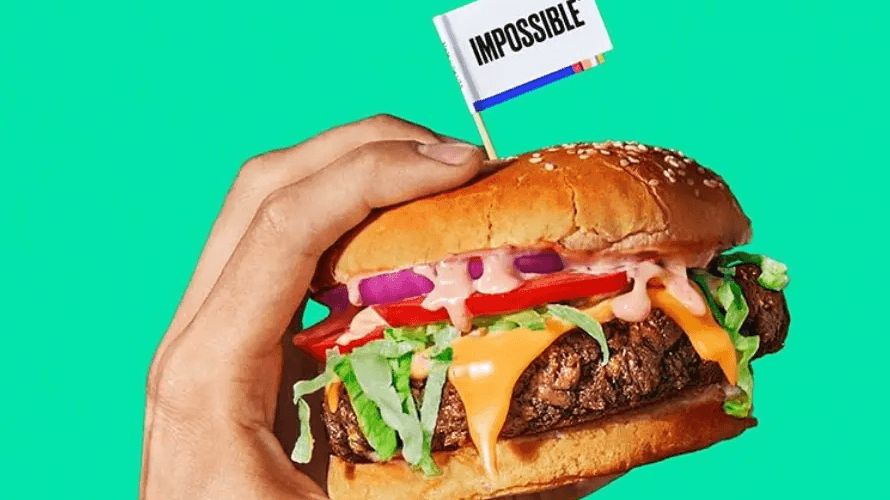 16 Expensive Things You Need to Buy to Save Money

A powerful way to unleash your natural creativity by...