The Huawei Mate 30 Pro is the next major phone launch from the Chinese smartphone manufacturer after the Mate 20 Pro, with the covers expect to be lifted on the new handset (and the base Huawei Mate 30) in October.

However, by the time the Huawei Mate 30 Pro launch comes around, the company could be in a very different position.

That`s because the Huawei ban is set to be in full swing by then, with Google cutting off access to key services such as the Play Store and its suite of apps - which could severely hamper the Mate 30 Pro`s popularity outside of its native China.

While the Huawei P30 and the Huawei P30 Pro have full access to Android and Google`s apps, the Huawei Mate 30 Pro may launch with the firm`s own operating system - currently rumored as HongMeng or Ark OS. 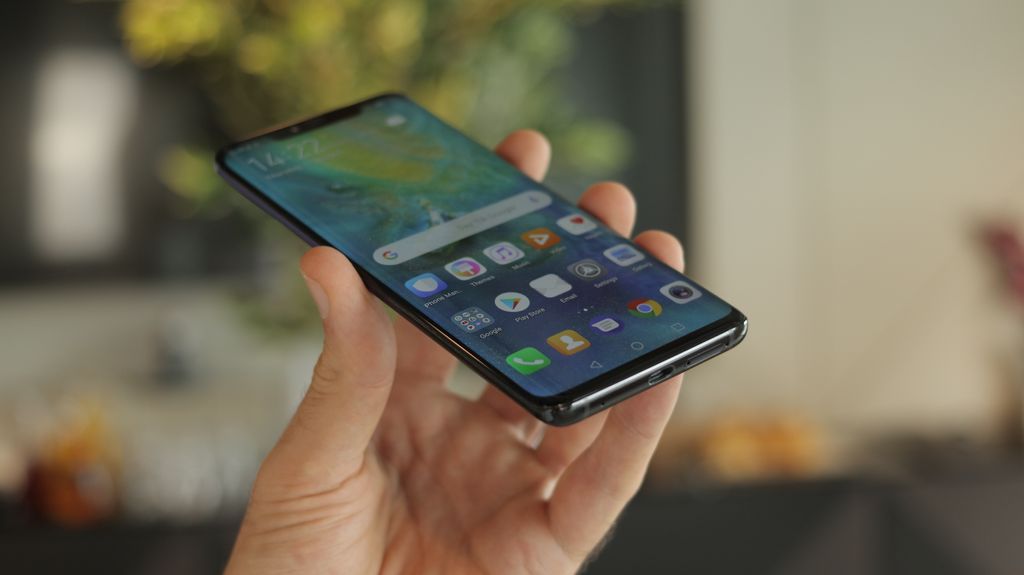 Not much is known about the Huawei Mate 30 Pro yet, but rumors are starting to roll in, all of which you’ll find below. We’ll also update this article any time we hear any credible new information.

Could the phone come out, and if it does will it reach our list of the best Android phones? We`ll have to wait until launch to find out for sure.

Cut to the chase

What is it? The successor to the Mate 20 Pro

What will it cost? Likely to rival other top flagships 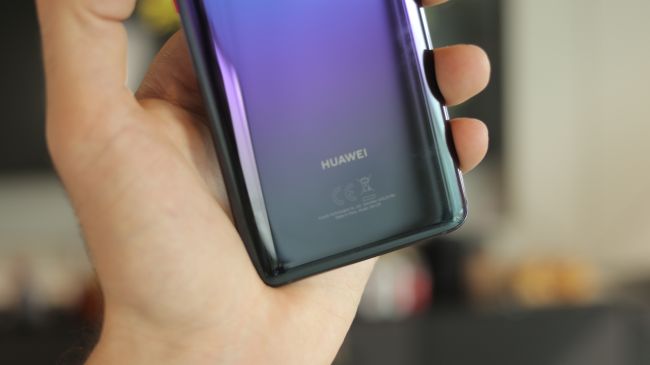 There aren’t any Huawei Mate 30 Pro release date rumors yet, but we have a pretty good idea of roughly when we’ll see it.

Huawei always announces new entries in its Mate range towards the end of the year, and more specifically it announced both the Huawei Mate 20 range and the Huawei Mate 10 in October of their respective launch years.

So an October announcement is our best guess. There’s no guarantee of that, especially as the Huawei Mate 9 was announced in November 2016, but at the very least the Mate 30 Pro will likely be announced in the last few months of 2019, alongside the standard Huawei Mate 30.

It’s worth noting also that given Huawei’s ongoing issues in the US, the Mate 30 Pro probably won’t be available there. 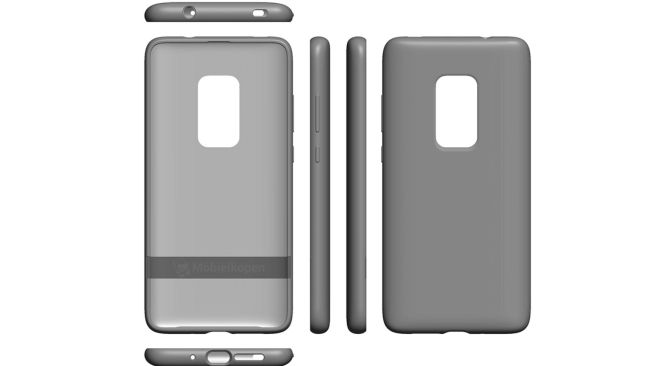 One of the major Huawei Mate 30 Pro rumor so far comes from a Huawei patent, which shows a phone case with space on the back for extra camera lenses.

You can see the image below and based on that it looks like there could be room for five rear lenses, up from three on the Huawei Mate 20 Pro and four on the P30 Pro.

Of course, patents don’t always become real devices, and even if this does get used it might not make it to the Huawei Mate 30 Pro, but it would make sense for Huawei to increase the number of lenses on its flagship, given that a number of other phones are doing the same.

We`ve also heard from Huawei itself that the Mate 30 range might support 5G, but that so far the company is only "considering" this.

Beyond that, we can be confident that the Mate 30 Pro will have a new generation of the company’s top-end in-house chipset.

The Mate 30 Pro is also likely to have at least four rear cameras, given that the Huawei P30 Pro does, and it might have a similar design to that phone, including a tiny notch and hardly any bezel.

A more recent leak may give us a better look at the Huawei Mate 30 Pro, with a set of renders supposedly showing the handset. The over-sized camera block matches the cutout in the patent leak above, and appears to house at least four cameras. 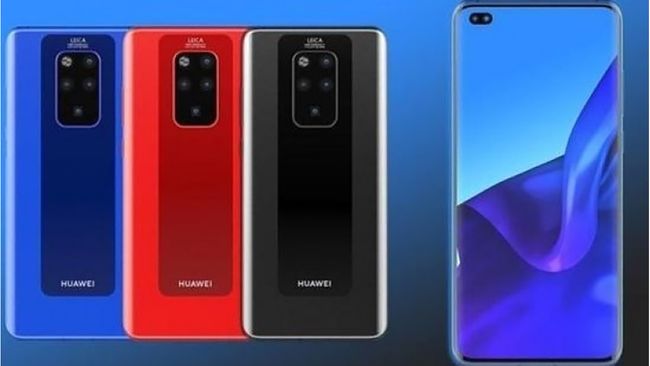 On the front, this Huawei Mate 30 Pro leak suggests the handset will have dual front-facing cameras, surrounded by screen in a similar fashion to the Samsung Galaxy S10 Plus.

Big camera blocks are starting to become one of the major design points for phones set to launch in the second half of 2019, with both the iPhone 11 and Google Pixel 4 also tipped to adopt larger bumps.

We`ve actually heard an alternative to this large phone block, though, as a leaked render shows a circle camera block with the lenses aligned in an X shape. It`s a futuristic design for sure, but it`s rather surprisingly large, and could be obnoxious in physical form. 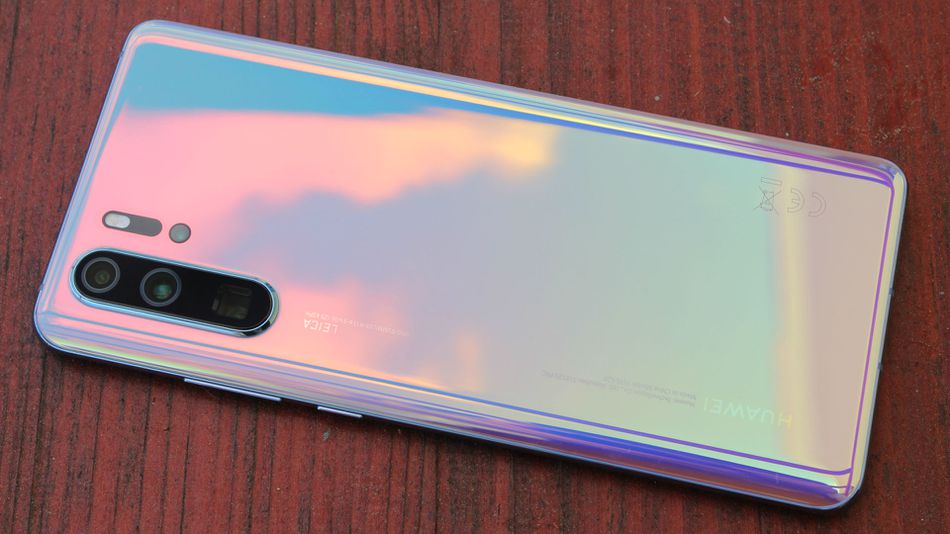 As well as the actual design of the cameras, we`ve heard a tiny bit about the camera capabilities, thanks to Huawei trademarking the phrases `Cine Lens` and `Camera Matrix`.

We`re expecting the former to be a lens with specific features designed for video recording, but the latter is a bit of a mystery at the moment, as it could refer to many things.

On the front of the Huawei Mate 30 Pro, leaked images of the display show screen cut-outs for many cameras – more than for a dual-lens front-facing snapper, as some smartphones have, so it`s possible that the device will have Apple-style facial unlocking.

What we want to see

The Huawei Mate 30 Pro is likely to be a powerful, impressive phone, but for it to really stand out it could do with the following things.

The cameras on the Mate 20 Pro are generally very good, but in our review we found that shots taken with the ultra-wide-angle lens would sometimes have warped edges.

We also noted that the phone’s HDR skills weren’t a match for some of its top rivals, such as the Google Pixel 3 and iPhone XS, so these are two things that we’d like to see improved for the Huawei Mate 30 Pro. 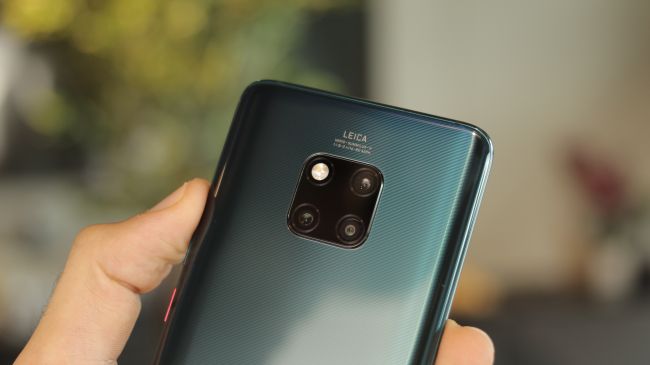 While we’re on the subject of the camera, we’d also like more lenses. The three on the back is a good start, but with the likes of the Nokia 9 getting five lenses there’s always room for more.

This may well happen too, as early rumors suggest that extra rear lenses could be a feature of the Mate 30 Pro.

Similarly, we’d like to see an extra lens on the front of the phone, especially if it can be used to power Apple-calibre facial recognition.

The Huawei Mate 20 Pro is a good-looking phone, but one element that could start to look dated in 2019 is its notch, since phones are starting to arrive with punch-hole cameras instead.

But ideally we don’t even want that for the Mate 30 Pro, what we’d like to see is a truly all-screen design with the camera and sensors somehow built into the screen. That might not be possible, but Huawei is often among the first to show new technology in handsets, so you never know.

One ongoing issue with all of Huawei’s phones is the heavy EMUI overlay the company sticks on top of Android.

We’d like to see the Huawei Mate 30 Pro stay closer to stock Android. Better yet, ditch EMUI entirely and use Android One – which would also ensure software updates could be offered rapidly. 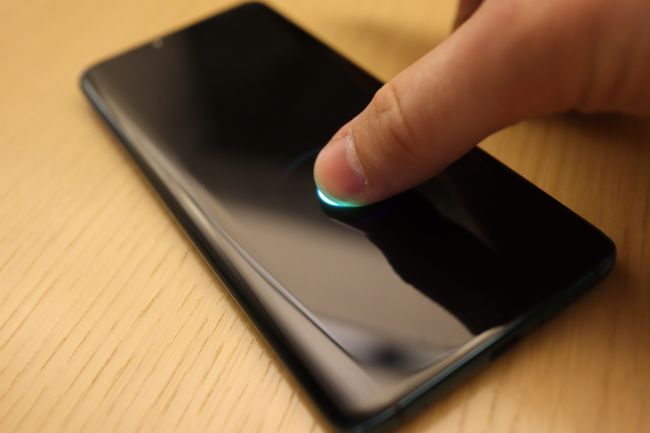 The Huawei Mate 20 Pro has an in-screen fingerprint scanner and it was among the first phones to sport one. It’s a cool feature but in the Mate 20 Pro’s case it’s not perfect.

It’s only on a small area of the screen, so can be hard to find without first turning the screen on (which brings up an icon). It also isn’t perfect at recognizing prints.

That’s all forgivable since it’s the first generation of the tech, but by the time the Mate 30 Pro launches, Huawei will have had another year to perfect it, so let’s hope it will use the time wisely.

Like many phones, the Mate 20 Pro lacks a 3.5mm headphone port, but we’re still not convinced that it’s time to abandon wired headphones.

There are lots of arguments for the convenience of wireless headphones and the fact that the space used for the port could better be used for other things.

This is all valid, but many of us still have wired cans that we don’t want to bury just yet. Some of us also don’t want to have to charge our headphones, and when it comes to sound quality wired

can still have the edge.

Most of the things listed above are focused on perfecting the Mate 20 Pro, but what we really want to see for the Huawei Mate 30 Pro is something completely new and exciting.

Some sort of futuristic feature perhaps or a completely new, completely dazzling design. We’ll leave the specifics to Huawei, but in the face of the Samsung Galaxy S10 and the iPhone 11 it’s likely to take more than impressive basics for the Mate 30 Pro to truly stand out.

Mysterious Artificial Islands in Scotland Are...