Departures at Heathrow were temporarily stopped after a drone was reported to have been sighted.

Flights from the west London airport resumed about an hour after police said a drone had been seen.

A Heathrow spokeswoman had said it was a "precautionary measure" to "prevent any threat to operational safety".

It comes after last month`s disruption at Gatwick Airport which saw thousands of people stranded when drones were sighted.

The spokeswoman said: "We continue to work closely with the Met Police to respond to reports of drones at Heathrow.

"Based on standard operating procedures, working with Air Traffic Control and the Met Police, we have resumed departures out of Heathrow following a short suspension. We continue to monitor this situation and apologise to any passengers that were affected by this disruption." 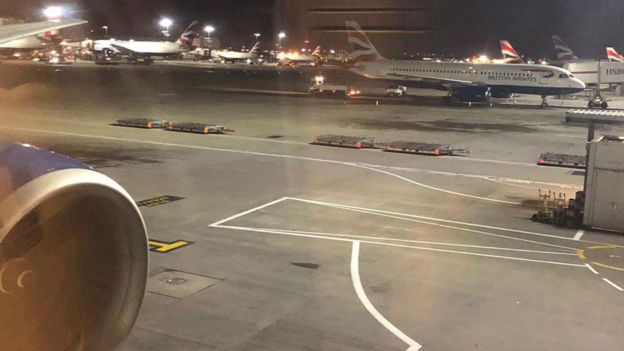 The Metropolitan Police said they received reports of a drone sighting near Heathrow at about 17:05 GMT.

Before the confirmation flights had resumed, Transport Secretary Chris Grayling said he was in contact with the airport about the drone sighting, and had spoken to the home secretary and defence secretary.

BBC cameraman Martin Roberts said he was driving on the M25 past Heathrow airport at about 17:45 GMT when he saw what he believes was a drone.

"I could see, I`d say around 300 feet up, very bright, stationary flashing red and green lights, over the Harmondsworth area," he said.

"I could tell it was a drone - these things have got quite distinctive lights - not a helicopter.

"The lights were very close together. It was a very clear night and the object was stationary, it was turning very, very slightly. I could see it very clearly, I`d say for about four to five minutes." 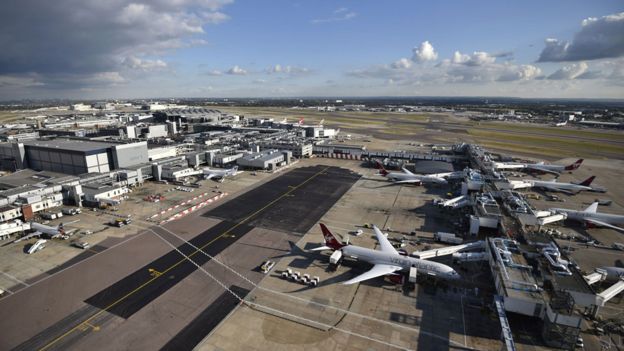 Travel expert Simon Calder said the halting of departures would have meant about 40 aircraft did not take off when they were meant to.

"They will now be able to start getting away, but all that time you have had arrivals coming in and gates not being available because departing planes haven`t gone. It`s going to be messy for the rest of the evening," he told the BBC.

Mr Calder said Heathrow had measures in place intended to prevent this kind of incident.

"Heathrow told me that they had actually provided equipment and personnel to help their big rival Gatwick out during the drone event," he said.

More than 140,000 passengers at Gatwick were affected during 36 hours of chaos between 19 and 21 December. 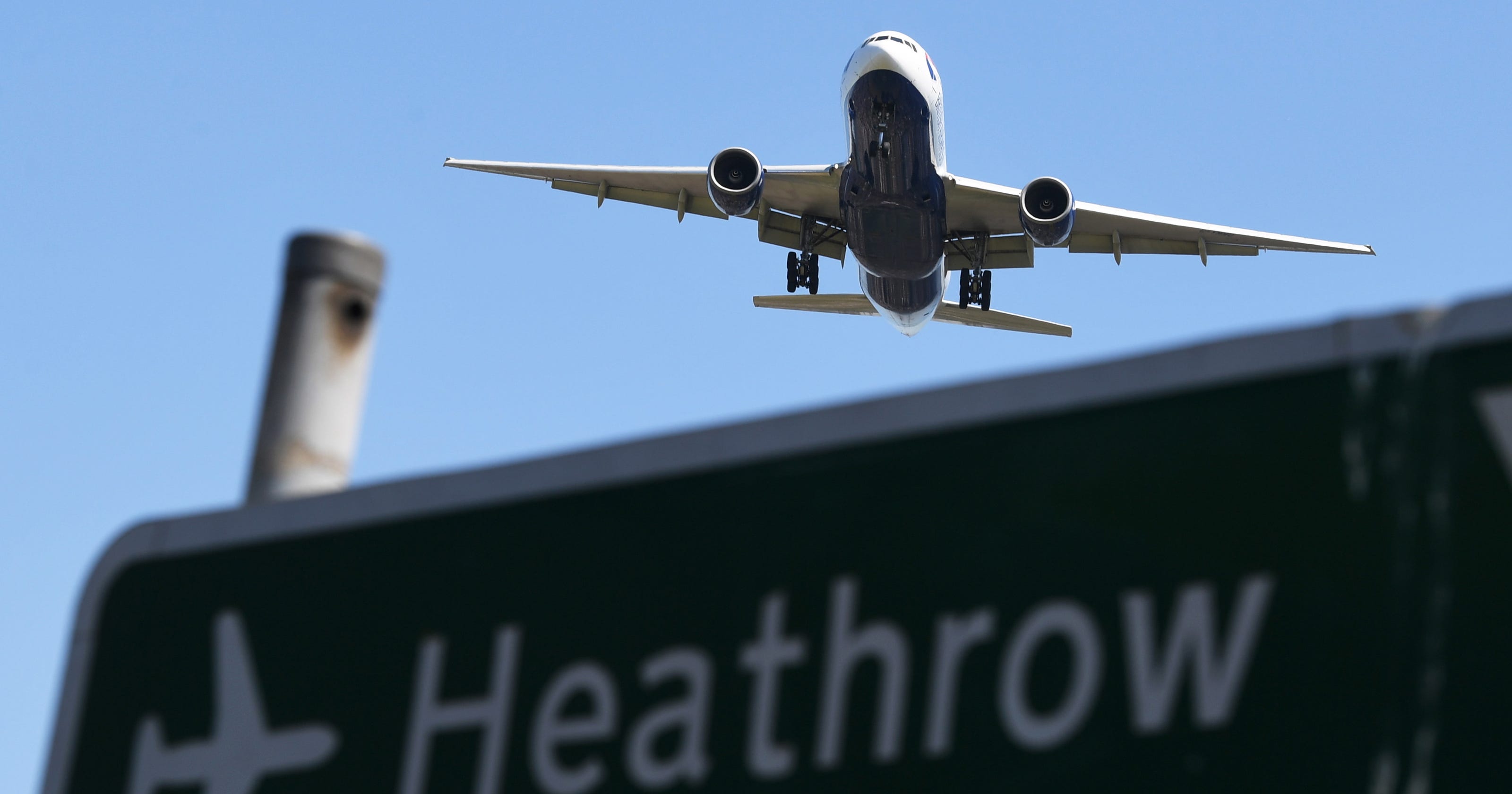 About 1,000 flights were cancelled there over three days due to the drone sightings.

Gatwick said last week that it had spent £5m to prevent future attacks. Heathrow also confirmed it would be buying systems to guard against drones.

And it was announced this week that police would be given new powers to tackle the illegal use of drones.

John Grant, industry advisor to air travel data specialists OAG, told the BBC it was "almost inevitable" after what happened at Gatwick that there would be "a heightened state of awareness and these types of incidents could possibly reoccur".