Ford has unveiled its all-electric Mustang Mach E at a glitzy event in Los Angeles that included an appearance by actor Idris Elba.

The top-range version of the car can travel up to 370 miles on a full charge and recharge 57 miles (92km) of range in 10 minutes on a high-power charge.

There are buttons in place of conventional door handles and storage space under the front bonnet.

The fastest model can accelerate from 0-60mph in under five seconds.

Like the Tesla, the Mustang Mach E has a 15.5in (40cm) touch screen beside the steering wheel. 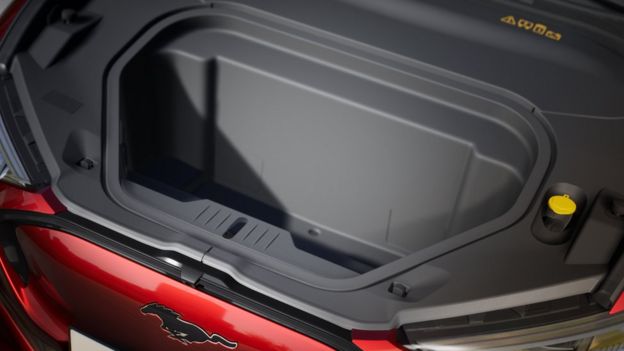 Amanda Stretton, motoring editor at the price comparison website confused.com said "a lot of hopes" were riding on the vehicle.

"The interesting thing is that they`ve decided to use the Mustang name with this car, because of course it`s the name synonymous with American muscle cars, with big V8s... and yet they are taking the performance aspect of that name and putting it into this electric car," she told BBC News.

"I really hope this is a game-changer."

Earlier this year, Ford announced plans to close six manufacturing plants in Europe by the end of 2020.

Stuart Rowley, president of Ford of Europe, said at the time the company`s future was "rooted in electrification". 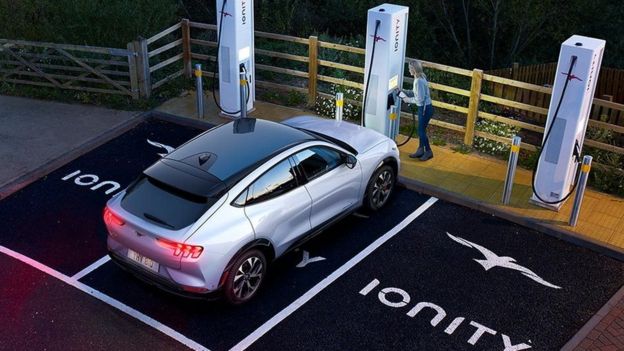 "Norway is the country with the highest uptake of electric vehicles, followed by other Scandinavian countries," she told the BBC`s WorkLife programme.

"The UK is coming in at the lower end, similar to Germany and the US."

According to analyst Jato, 91% of global car sales in 2019 have been vehicles with an internal combustion engine.

Would Mustang Sally have driven an electric vehicle?

If there`s one brand which symbolises the American "pony car", it`s the Mustang. The term was invented for it. The original was affordable, sporty and - with a hefty engine under the bonnet - decidedly rorty.

The electric Mustang Mach-E certainly won`t be loud, but maybe it can make a pretty vocal statement nonetheless.

Ford is far from being a leader in the race to produce electric cars, but it`s putting its foot down in an effort to catch up.

It has even done a deal with Volkswagen to use some of the German giant`s heavily funded know-how on future models.

The new Mach-E will be leading Ford`s electric charge. 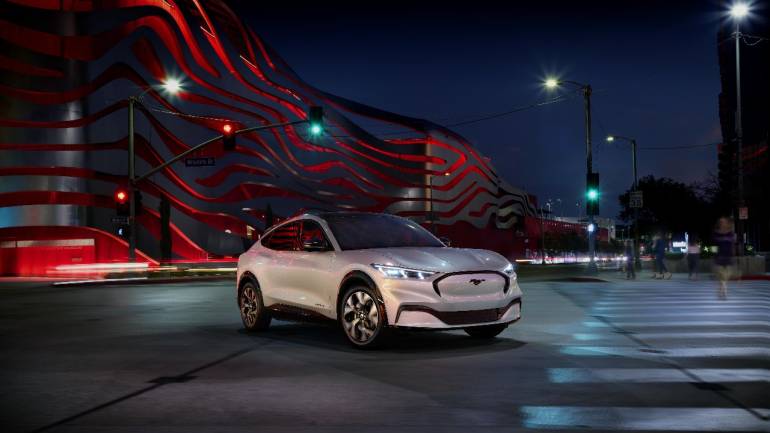 With a range of at least 260 miles, and plenty of power, the new car will be going up against models from Tesla, Jaguar, Audi and Mercedes.

Sally may have driven a full-fat petrol V8, but Ford is hoping her eco-conscious granddaughter can be won over by silent elegance - coupled with a decent turn of speed.

Sonic the Hedgehog is back, with a new look and fewer...