US
For The First Time, a Heavy Element Has Been Detected Forming in a Neutron Star Merger

When two neutron stars crash into each other, they don`t just spark fireworks. The intense dynamics of the kilonova also produce heavy elements, seeding them throughout the Universe. Now, for the first time, astronomers have identified a newly formed element in a neutron star kilonova.

The element is strontium, and its detection confirms the notion that neutron star collisions really do provide the conditions for creating elements heavier than iron.

In August of 2017, when humanity captured our first collision of neutron stars through a combination of luck, ingenuity and enthusiasm, the data suggested something astronomers had already suspected. Namely, these energetic events produce heavier metals such as gold, uranium and platinum.

But although spectral analysis of the merger, GW 170817, showed absorption features consistent with the production of heavy elements, actually positively identifying one proved a little more tricky, due to the complexity of the spectra, and our limited understanding of neutron star merger kilonovas. 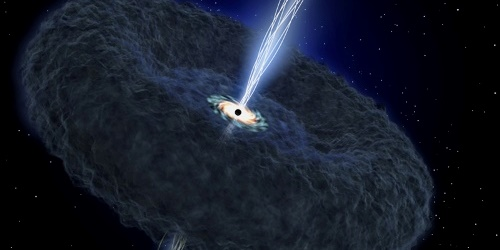 Now, an international team of astronomers has re-analysed the spectra taken by the X-Shooter instrument on the Very Large Telescope, and found absorption features associated with strontium.

"This is the final stage of a decades-long chase to pin down the origin of the elements," said astrophysicist Darach Watson of the University of Copenhagen, Denmark.

"We know now that the processes that created the elements happened mostly in ordinary stars, in supernova explosions, or in the outer layers of old stars. But, until now, we did not know the location of the final, undiscovered process, known as rapid neutron capture, that created the heavier elements in the periodic table."

We know that, in the very earliest days of the Universe, the lightest elements, hydrogen and helium, formed relatively quickly. For a while, that`s pretty much all there was, until gravity started to pull matter together to create stars. 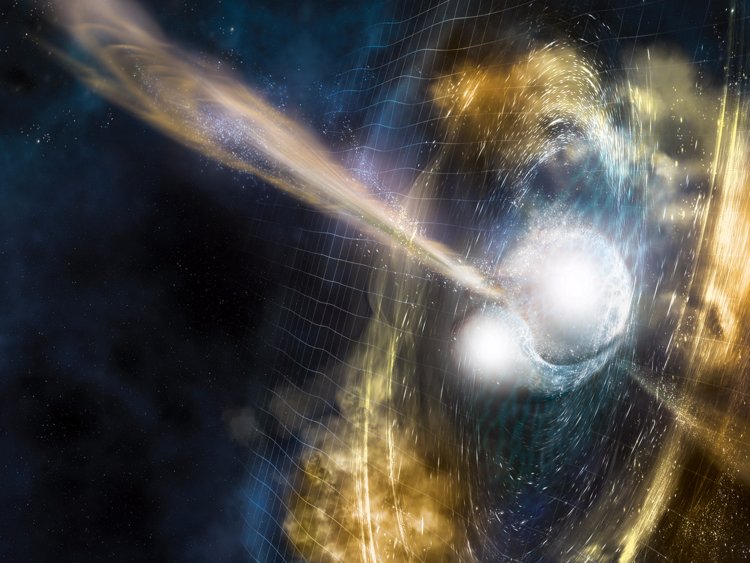 In their cores, these stars fused hydrogen into helium, then helium into carbon, and so forth, with the more massive stars able to fuse nuclei all the way up to iron. But iron - the 26th element on the periodic table - is where it stops, since no energy can be extracted from its fusion.

To ramp things up from there, we need rapid neutron-capture process, or r-process. A really energetic explosion can generate a series of nuclear reactions in which atomic nuclei collide with neutrons to synthesise elements heavier than iron.

The reactions need to happen quickly enough that radioactive decay doesn`t have a chance to occur before more neutrons are added to the nucleus. This means it needs to happen where there are a lot of free neutrons floating about - like a supernova at the end of a massive star`s life, or the kilonova that is produced by colliding neutron stars.

And GW 170817 sure was explosive. It produced a shell of material expanding outwards at 20 to 30 percent of the speed of light, and most of that material is thought to consist of newly formed elements.

Elements can absorb specific wavelengths of light, so when scientists look at the wavelength spectrum, they can see what wavelengths have been absorbed and by how much, and connect those up to specific elements.

"We actually came up with the idea that we might be seeing strontium quite quickly after the event," explained astrophysicist Jonatan Selsing of the University of Copenhagen.

"However, showing that this was demonstrably the case turned out to be very difficult. This difficulty was due to our highly incomplete knowledge of the spectral appearance of the heavier elements in the periodic table."

The researchers modelled the observed spectra, and studied synthetic spectra to try and gain a deeper understanding of the elements produced. 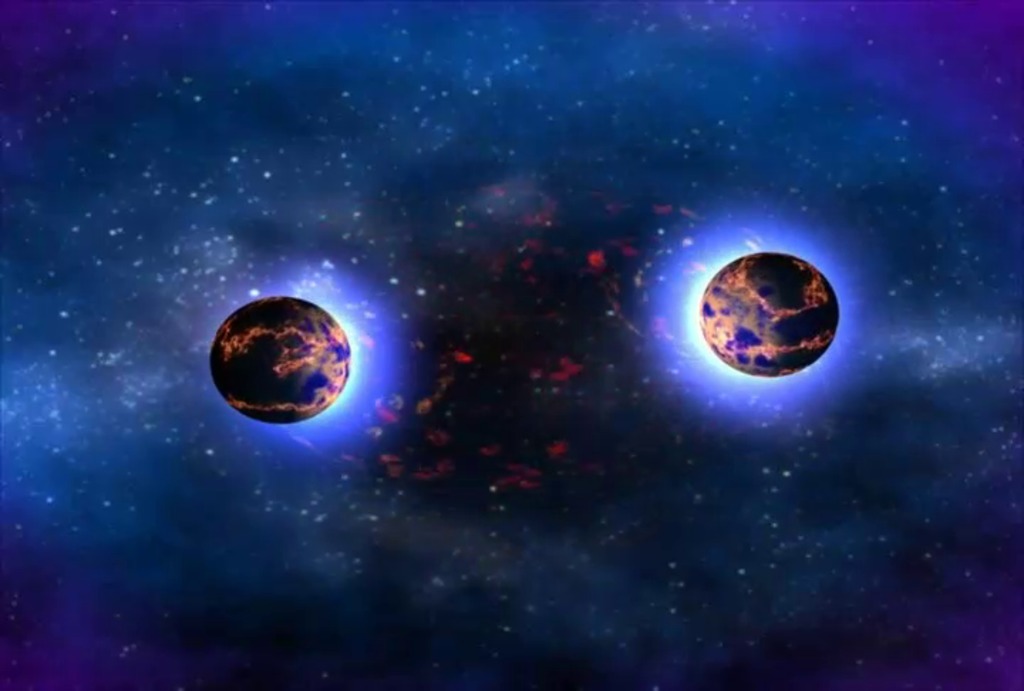 The conspicuous absorption features they observed at 350 and 850 nm wavelengths in the X-Shooter data, they said, were consistent with about five times Earth`s mass worth of strontium, the 38th element on the periodic table (definitely heavier than iron). That`s an awful lot of strontium - think how many atomic clocks you could make.

It means we can now be more certain than ever that these explosions really can produce the r-process.

"This is the first time that we can directly associate newly created material formed via neutron capture with a neutron star merger," said astronomer Camilla Juul Hansen of the Max Planck Institute for Astronomy, "confirming that neutron stars are made of neutrons and tying the long-debated rapid neutron capture process to such mergers."

The research has been published in Nature.