US
Cara Delevingne `space selfie not meant for space`

A device used in a Samsung publicity campaign to send a selfie of the actress Cara Delevingne "into space" has crash-landed in Michigan, US.

A woman shared a photo of it on the grass in her garden on Facebook.

The idea was for people to upload their selfies to a website, where they would then be selected at random and returned with a view of the planet behind them.

But one expert told BBC News it was unlikely the device was ever intended to get as far as space.

"If it`s something that`s been attached to a high altitude balloon, it`s probably gone up around 25km to 35km [22 miles]," said Hugh Lewis, astrophysics professor at the University of Southampton.

Prof Lewis added while definitions of where space begin varied, it was generally at about 100km in altitude. 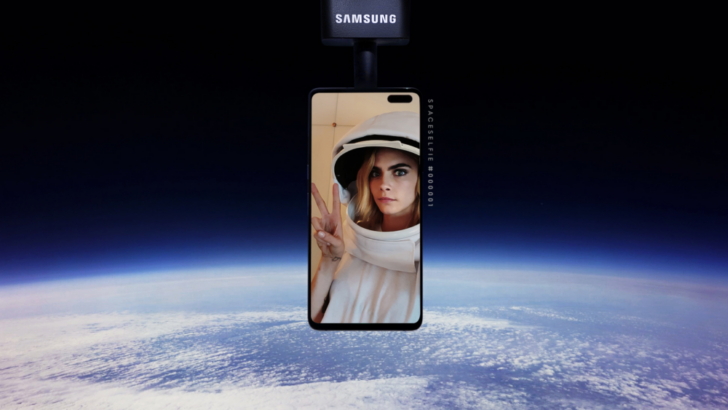 Samsung has been contacted by BBC News for comment.

The technology company told NBC the landing had been planned.

It has landing legs, a small tent-shaped body like something designed to land on a surface, but also solar panels like a satellite.

"For the landowners, their impression is that it`s come from space because it looks like a satellite - but it isn`t," Dr Gorman said.

"The giveaway is - it`s not burned. It would never have reached the surface of the Earth [intact from space]. 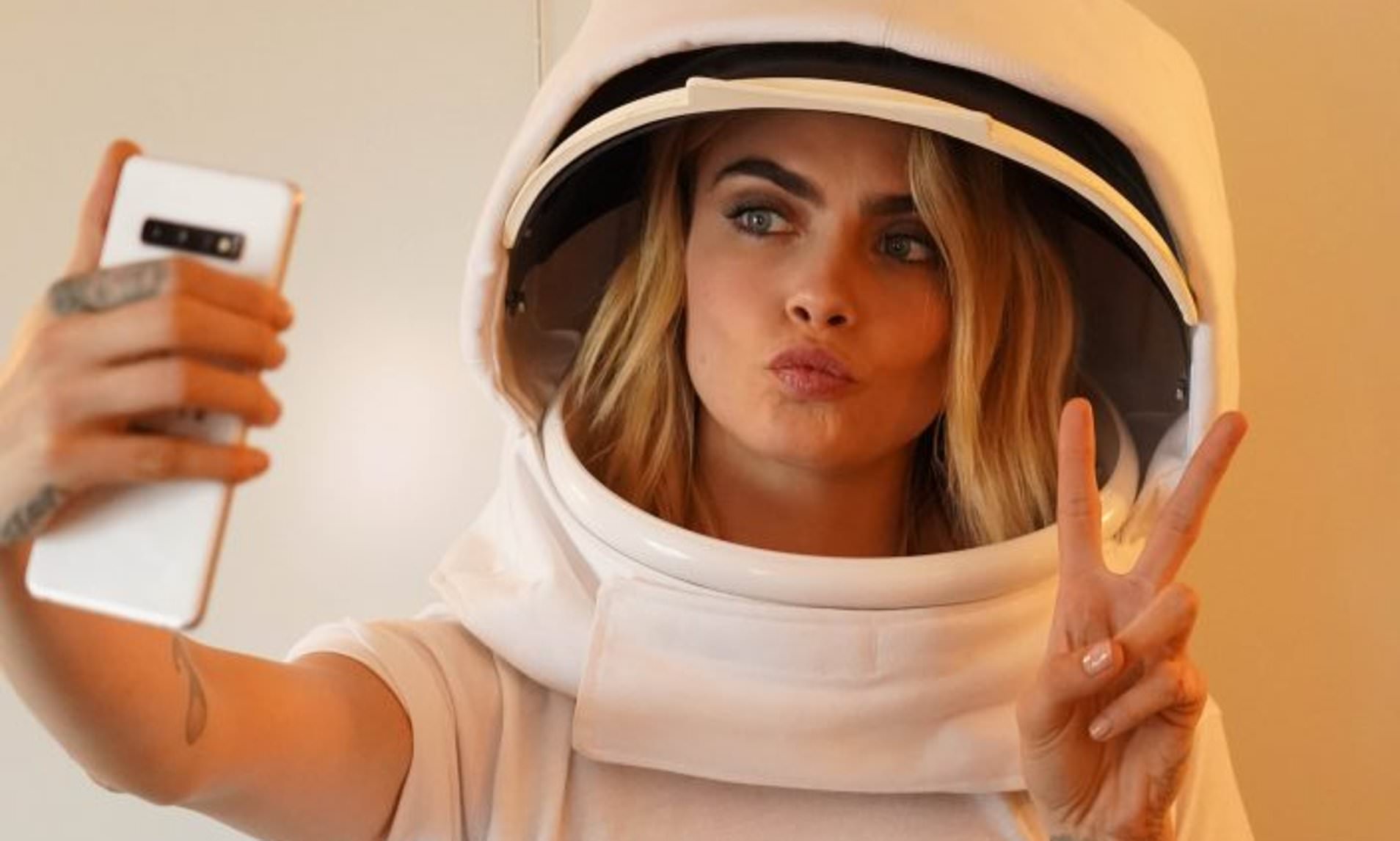 "It`s in good nick, the solar panels look a bit bent but it didn`t land at high speeds."

Cara Delevingne is not the first person to capture a space selfie. Astronauts Michael Collins and Buzz Aldrin have taken photographs of themselves in space - and the Curiosity Rover took photos of itself on the surface of Mars. 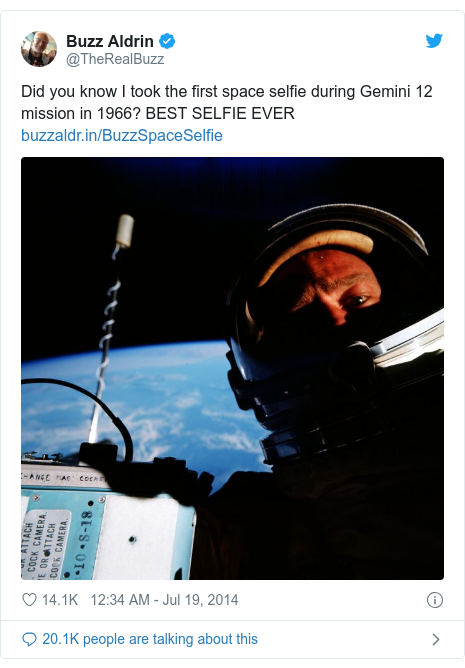