US
A Full-Scale Nuclear Winter Would Trigger a Global Famine. Here`s What We Would Eat

More than two centuries ago, the largest volcanic eruption in recorded history pushed millions of people in North America and Europe toward the brink of famine.

In 1815, Mount Tambora erupted in Indonesia, pumping dust, ash, and sulphur dioxide into the atmosphere. The explosion triggered freezing temperatures in the summer of 1816, which destroyed crops and vegetation.

Birds dropped dead out of the sky. Desperate for food, people reportedly ate raccoons and pigeons.

The period became known as the "volcanic winter" or "year without summer". On average, the global temperature cooled by nearly 2 degrees Fahrenheit.

David Denkenberger, a mechanical engineer at the University of Alaska, often uses the eruption as an example when people ask about the possibility of nuclear winter – the period of cold and darkness after a nuclear war – today.

"But it has been a challenge getting people to think about these bigger disasters."

Denkenberger runs the non-profit Alliance to Feed the Earth in Disasters (ALLFED), which researches ways to protect the world`s food supply during a global catastrophe.

In the event of a nuclear winter, he said, harvesting foods like mushrooms, seaweed, and even sugar from leaves could help create a sustainable "disaster diet".

Nuclear winter could envelop the world in darkness

Nuclear researchers predict that a full-scale nuclear war between India and Pakistan (which are both expanding their nuclear arsenals) could result in the detonation of 250 100-kiloton weapons – each more than six times the size of the "Little Boy" atomic bomb dropped on Hiroshima, Japan. 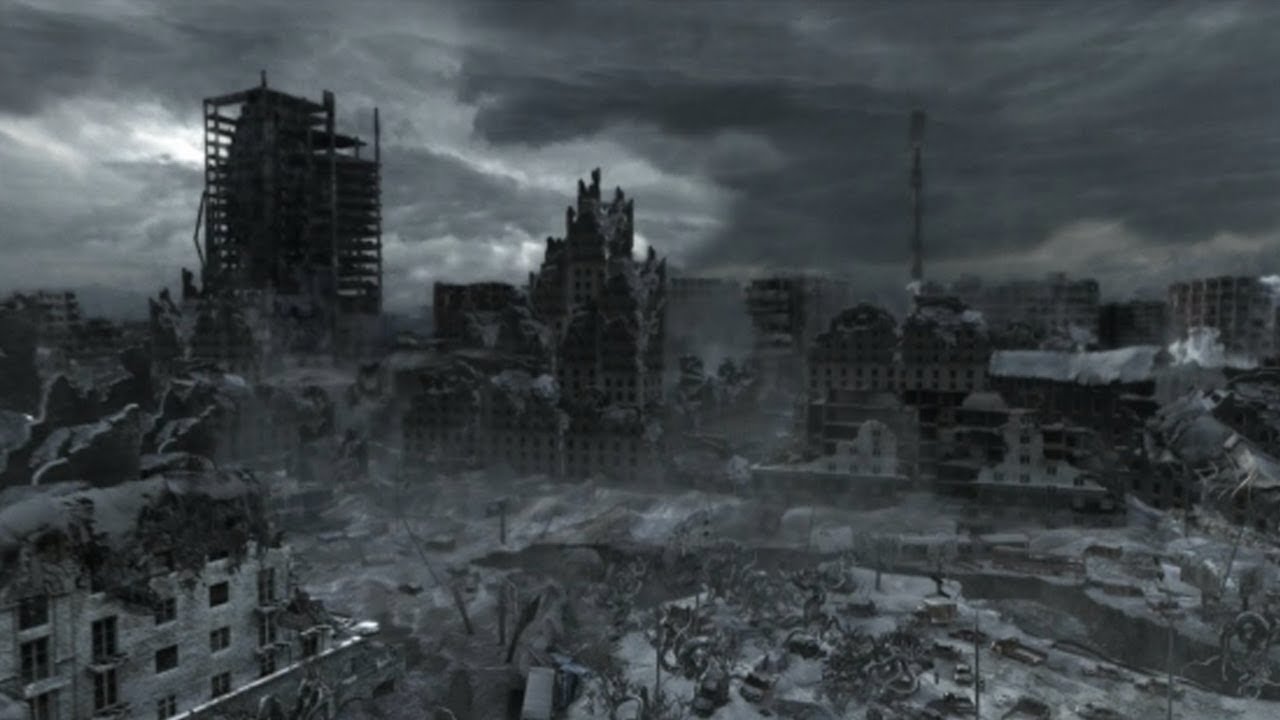 In that extreme scenario, a cloud of black soot could envelop the sky and block sunlight, causing temperatures to fall dramatically. Key agricultural hotspots could lose the ability to grow crops, triggering a global famine.

"It would be instant climate change," Alan Robock, the author of a recent study that examines the effects of a nuclear war between the two countries, told Business Insider. "As horrible as the direct effects of nuclear weapons would be, the indirect effects on our food supply would be much worse."

But Denkenberger says there are ways to sustain ourselves, even if the land becomes scorched and severe cold descends.

A paper published in 2008 described about how fungi could survive both a thermonuclear holocaust and a subsequent nuclear winter.

"The conclusion of the paper was, maybe when humans go extinct, the world will be ruled by mushrooms again," Denkenberger said. "I said, `Wait a minute. Why don`t we eat the mushrooms and not go extinct?`"

That paper got him thinking about how other foods could support human life, he said.

Mushrooms and seaweed can grow without much light

Even if a nuclear winter destroyed trillions of trees, mushrooms could feed on that dead matter, creating a regenerative food source that could potentially feed everyone on the planet for about three years, according to Denkenberger`s estimates.

Since mushrooms don`t rely on photosynthesis, they can survive without much light. The same goes for seaweed.

"Seaweed is a really good food source in a scenario like this because it can tolerate a low light levels," Denkenberger said. "It`s also very fast-growing. In a nuclear winter, the land will cool down faster than the oceans, so the oceans will remain a little bit warmer. Seaweed can handle relatively low temperatures."

To feed everyone on the planet, Denkenberger estimates that the world would need around 1.6 billion tons of dry food per year. Humans could potentially grow that amount of seaweed, he said, in three to six months. 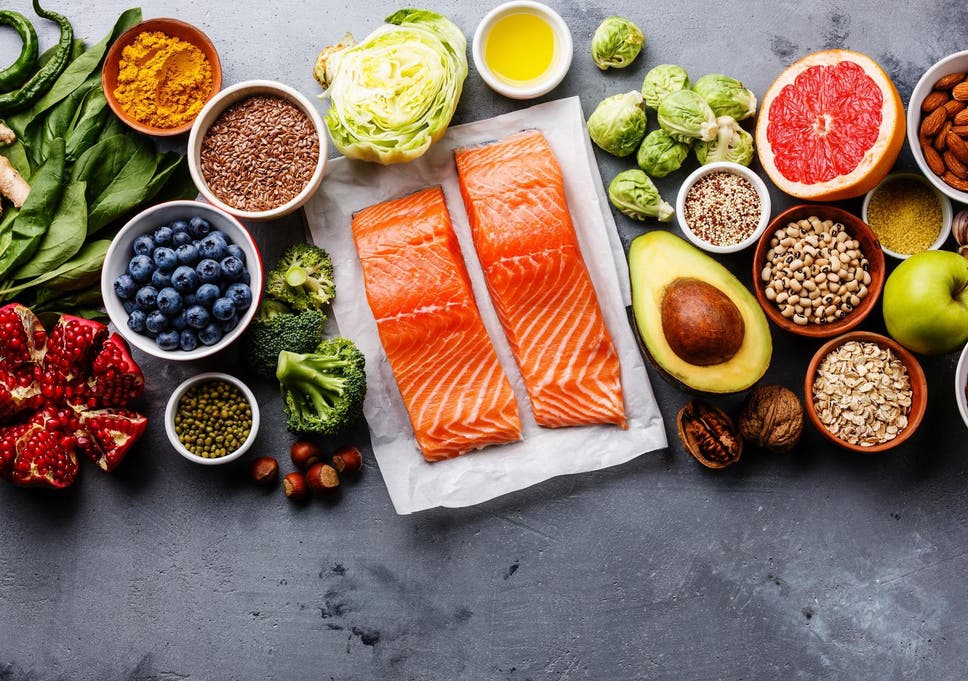 But in order consume the proper nutrients to ward off disease, humans can`t rely on a single food source (or two). So Denkenberger put together a chart of what a typical 2,100-calorie diet might look like in a post-doomsday scenario.

The diet involves a mixture of meat, eggs, sugar, and mushrooms. It also includes dandelions and tea made from tree needles, which contain Vitamin C. Naturally growing bacteria would serve as a source of Vitamin E, which is important for brain function.

Denkenberger said he plans to study other natural food sources that could grow near the equator, where there would still be some sunlight post-disaster (though the temperature would be low).

"One of the things I`ve learned by moving to Alaska is that, even in areas where the summers are so cool that trees cannot grow, you can actually grow potatoes," he said.

Leaves also contain stringy fibre (cellulose) that could be converted into sugar, Denkenberger added. That process is already happening at biofuel plants, which convert cellulose into sugar to make ethanol.

The cost of a post-disaster diet 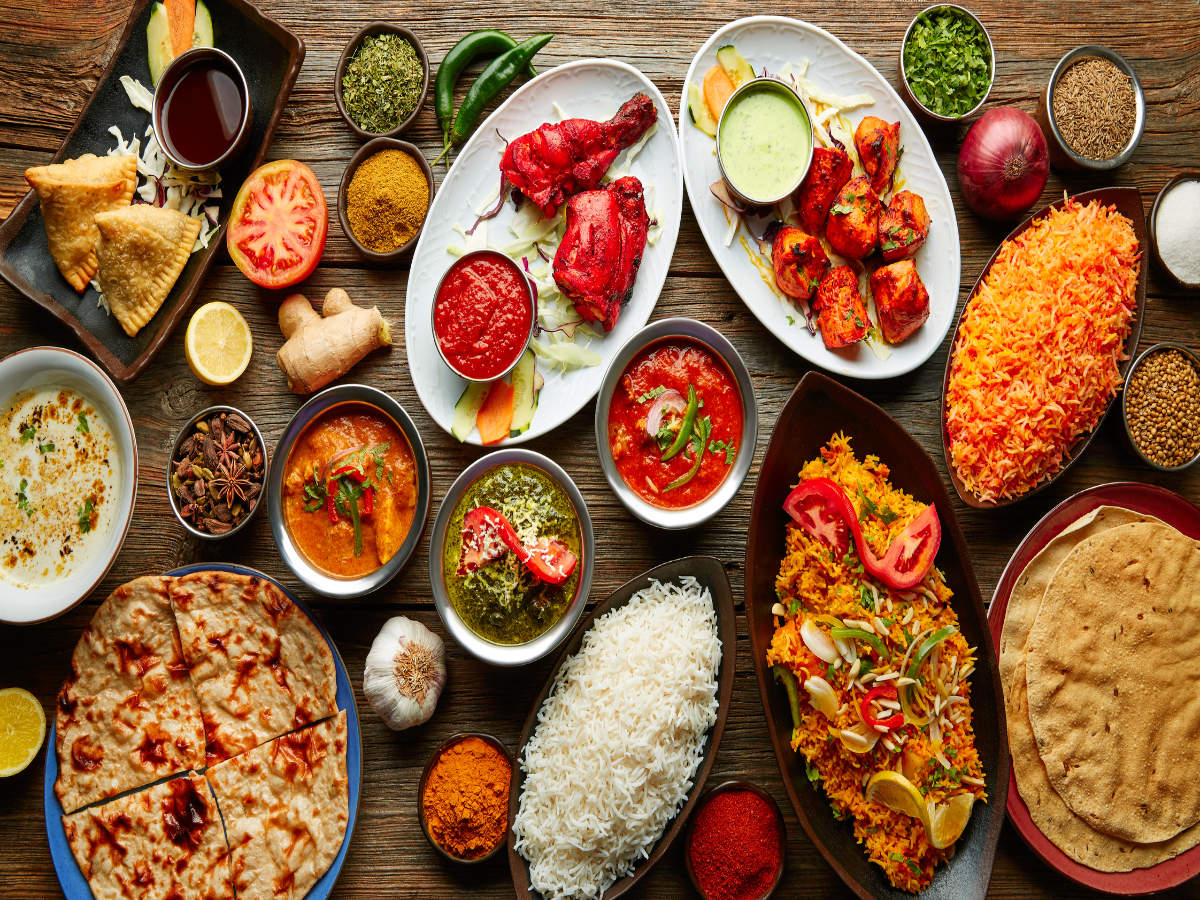 If the global agricultural system were to collapse, Denkenberger said, current stores of dry food could feed around 10 percent of the global population for five years. That, of course, is insufficient.

The cost of those supplies would also rise due to demand, he added: "I`m very concerned that the food price will go so high that a billion people just wouldn`t be able to afford food."

Storing up large quantities of food ahead of a disaster would also be expensive. Denkenberger said such an effort would "cost trillions of dollars and take a long time."

Alternatively, he estimated that dry seaweed can be produced for around US$1 per pound; that`s about the lowest reasonable cost for dry food in a disaster scenario, according to Denkenberger`s estimates. 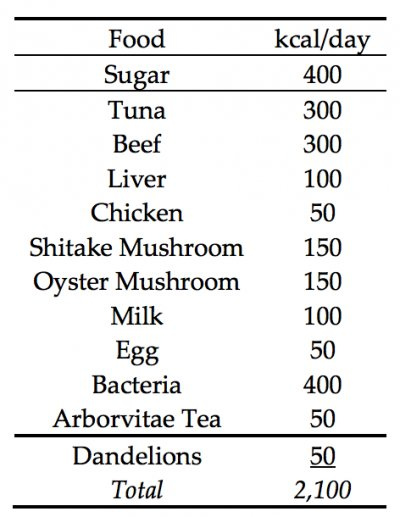 That means it would cost around US$3.2 trillion to produce enough seaweed to feed everyone on Earth for one year – a price that should, he added, mean almost everyone in the world could afford to eat.

There are creative ways to make protein from thin air

Denkenberger has proposed a few technological solutions for growing food that can`t be stored. First, he recommends utilising natural gas in the atmosphere to produce protein.

The Denmark-based company Unibio is already developing a way to convert methane into a highly concentrated protein that can be dried and packaged into fish food.

The Silicon Valley-based company Calysta is also using gases like nitrogen and methane to feed fish and livestock. In a catastrophe, Denkenberger said, those proteins could be used to feed humans as well. 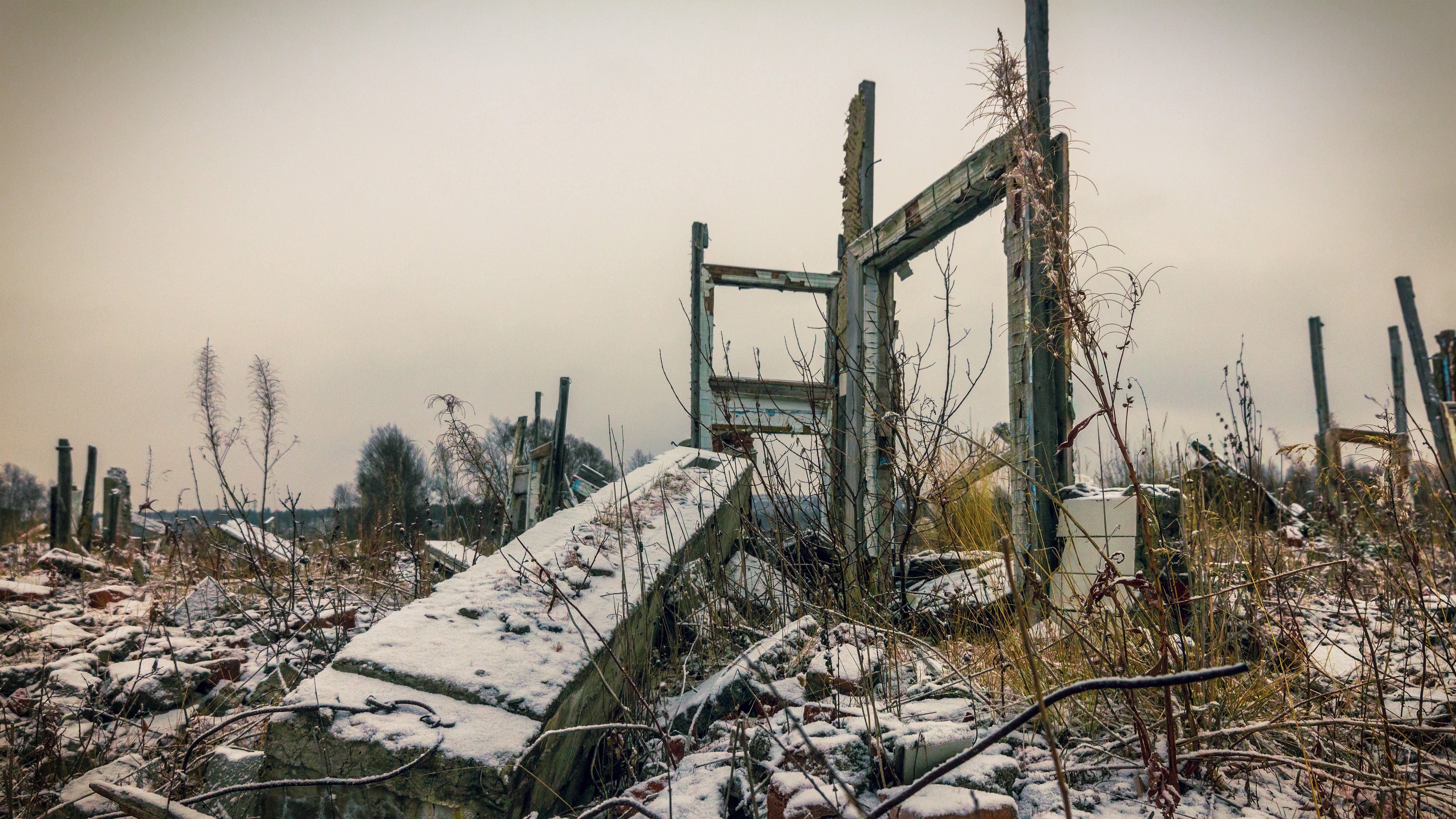 Denkenberger said he`s also working on a project funded by NASA that is looking into how to heat coal without any oxygen present. The heating process would produce hydrogen and carbon dioxide that could be converted into protein.

But Denkenberger said isn`t a fan of using artificial light, such as LEDs, to grow food. He sees that approach as a last resort.

Instead, he said, his nonprofit is looking at ways to grow food in greenhouses near the equator, where there would still be some natural sunlight.

"Then we could grow pretty much any crop at a much lower cost than artificial light," he said. "And because it wouldn`t use so much energy, we can use the energy for feeding more people." These solutions could help after other disasters, too

Denkenberger said employees in the agriculture and government sectors are more concerned about disasters like hurricanes than a full-scale nuclear winter.

"If you have a localised disaster, generally the cheapest thing to do is just to ship grain in," he said. "But in certain circumstances, if the transportation is disrupted, that might not work."

He thinks some of his solutions, like extracting sugar and protein from leaves, could be applied to feed people during a local catastrophe. But it is also possible to store enough food for a major disaster such as a nuclear war between India and Pakistan, he added.

"Even though their nuclear arsenals are much smaller than the US and Russia`s, there have still been models indicating that it could create a 10 or 20 percent reduction in the global food supply," he said. 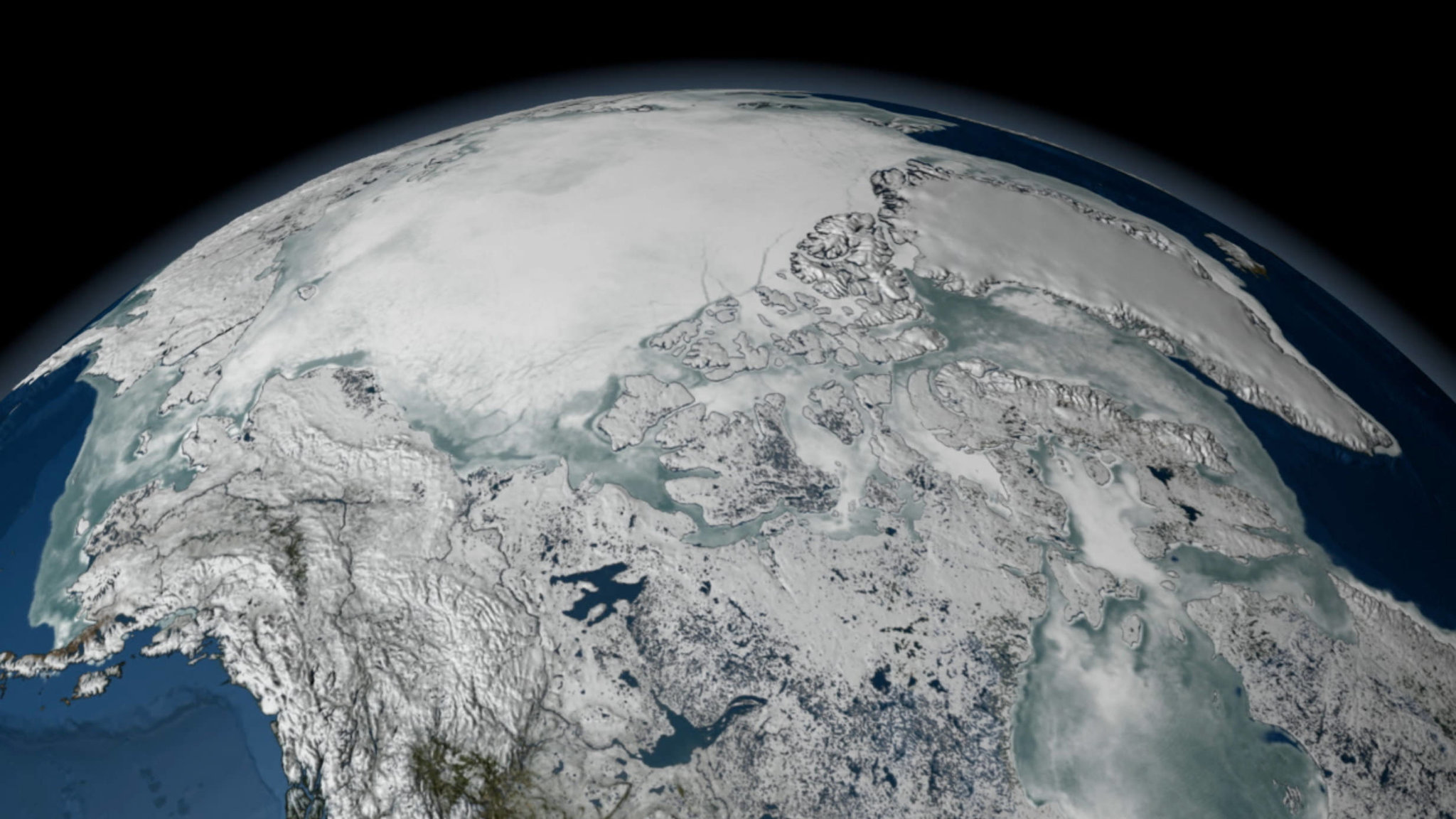 What Does Caffeine Really Do To Your Body