US
8chan: Where are users going now

The owner of the 8chan message boards says "a large community of one million people are now looking for a home", after the site was driven offline.

On Monday, cyber-security company Cloudflare withdrew its protection services from 8chan and minutes later the site was unavailable.

In a YouTube video, 8chan owner Jim Watkins said he worked with law enforcement and complied with the law.

He described 8chan as a "blank page" where people could write their thoughts, even if they may be offensive to others. 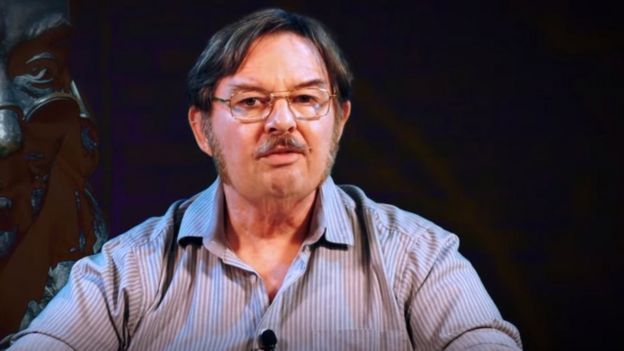 Why is 8chan offline?

Losing Cloudflare`s protection made 8chan vulnerable to a distributed denial of service (DDoS) attack. The website was bombarded with traffic that overwhelmed its servers, rendering it inaccessible.

But then BitMitigate itself was driven offline.

Both Epik and BitMitigate relied on infrastructure provided by another company, Voxility.

And Voxility decided to remove Epik and BitMitigate from its network.

"Hate speech is totally against our service policy," a spokeswoman told BBC News.

"This is a firm stand from Voxility... we all should work for a safer internet," she said.

Where will users go?

One 8chan admin said he was working to increase the site`s availability on the dark web, although users will need the right software and know-how to access 8chan this way.

Mr Watkins said he was working to get 8chan back online but being driven offline had "forced a lot of people to find other places to talk".

Some users migrated to the Reddit-inspired message board Voat, although this website also faced DDoS attacks on Tuesday and disabled account registration.

In his video, Mr Watkins acknowledged Cloudflare and Voxility were private companies entitled to reject his custom.

But his supporters say moves to "de-platform" controversial websites will further efforts to decentralise the internet.

The controversial social network Gab has already made moves in this direction. 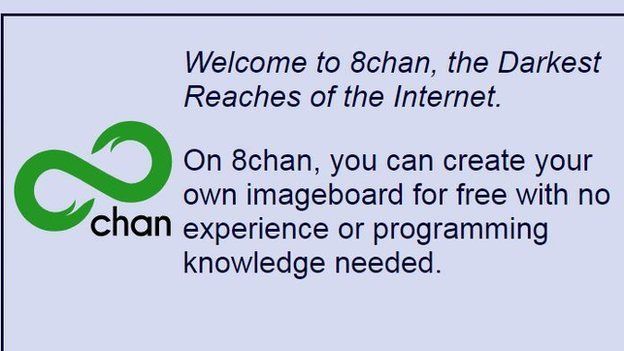 Gab describes itself as a platform for free speech and has become popular with neo-Nazis and far-right personalities banned from sites such as Facebook and Twitter.

And the company has made the code that powers its platform open source, so anybody can take it and host their own version of Gab.

There are also projects such as ZeroNet, which is designed to decentralise web hosting.

Instead of storing information on a web server, ZeroNet shares data among thousands of users - similar to the way films are shared via torrents.

A copycat version of 8chan has already appeared on ZeroNet. And in theory any messages posted cannot be removed by administrators or law enforcement, because the content is shared across so many different devices.

The WICKED Truth about how to RADIATE and Feel...